The ‘Mayans MC’ Pilot Will Feature a ‘Sons of Anarchy’ Crossover

The dramas take place in a shared universe. 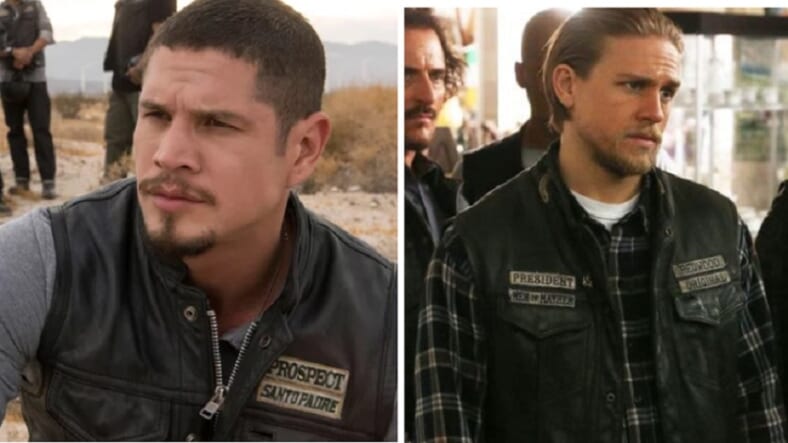 Mayans MC showrunner Kurt Sutter wants fans to know one thing: this show is its own thing. It exists in the same fictional universe as Sons of Anarchy, but it isn’t dependent on the original biker drama for its existence.

That doesn’t mean we’ll never see another Sons character on the new show, though.

At a TCA (Television Critics Association) event, Sutter did admit there will be nods to the earlier show.

In the first episode, Sutter said, viewers see “a flashback to eight years ago,” which is “a way of letting us know that [main character EZ Reyes is] in Stockton where the two worlds will collide, at least in memory.”

While Sutter doesn’t want Anarchy fans to get worked up regarding these associations, he has said that his wife Katey Sagal will show up in her role as biker gang matriarch Gemma Teller Morrow.

Set in a post-Jax Teller world, “Mayans MC” sees EZ Reyes, a former golden boy now fresh out of prison, as a prospect in the Mayan MC charter on the California-Mexico border who must carve out his new outlaw identity.

So Mayans will definitely be its own thing, but Sutter and his writers can’t ignore what went before — which should make fans pretty happy.