Jax Teller is gone for good. 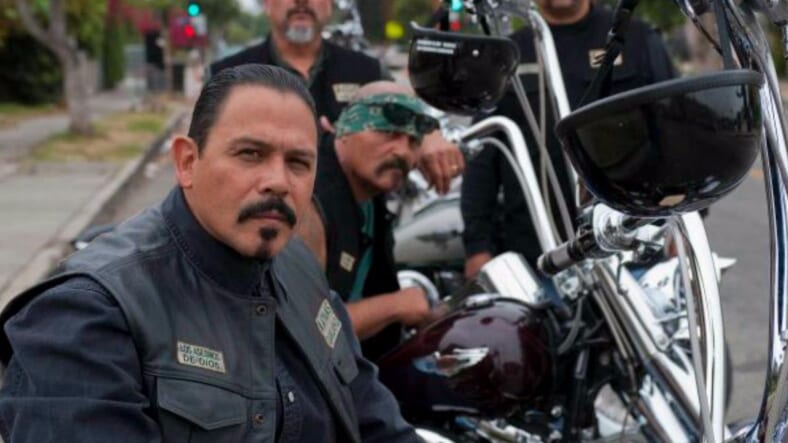 In the fall, series creator Kurt Sutter will pick up a few years after the end of Sons of Anarchy, with his new FX series Mayans MC.

The spinoff, which has already a teaser trailer, will take place in the same fictional universe but will instead follow the Mayans Motorcycle Club along the Mexico/California border.

Sutter was on hand at the ATX Television Festival in Austin, Texas, where he revealed more about the upcoming Mayans MC.

1. The series takes place after the death of Jax Teller

“It’s a post-Jax Teller world. We talk a little about the ramifications of that final day with Jax that changed the fabric of northern California, and trickled down south,” Sutter said.

2. Some of the new cast members are actual convicts

Sutter wanted to ensure that his show was as authentic as possible, casting actual bikers and convicts in an array of supporting roles. “The thing I love about this cast is they have more jail time than screen time,” Sutter said.

3. More actors than Emilio Rivera might be coming back

Emilio Rivera is the only Sons of Anarchy actor confirmed to return, but Sutter hinted that there may be a transitional period early on in the show. There is speculation this means more old cast members might crop up, but they shouldn’t stay around for long.

“My job in this series, if we’re blessed enough to continue, is to transition from the mythology [of Sons] and honor that, because we want to acknowledge where we came from and those fans, and then balance that with having a show that is original and different and doesn’t feel like the Latino version of Sons of Anarchy,” Sutter said.

4. The story will be told from a Latino perspective

Now that blonde-haired, blue-eyed Charlie Hunnam is out, the spinoff will follow a Latino biker gang. Sutter made an effort to diversify the writer’s room, including hiring Elgin James, a mixed-race writer and filmmaker.

“My goal is really just to get the white guy out of the room as quickly as possible,” he said. “I knew a white guy from Jersey should not be writing solely about Latino culture.”

5. But it won’t get too wrapped up in politics

“So, this is not a show that will deal head-on those issues, but this is a show that takes place on the border, and it’s a politically-charged, and emotionally-charged, part of the world, [and] that stuff will have to bleed into the storytelling, or it won’t be authentic.”