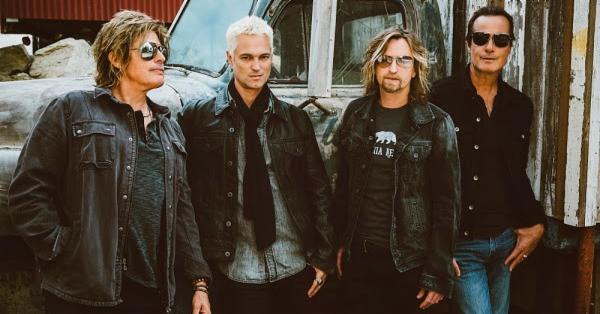 ’90s alt-rock fans, you just might be in for a treat: Stone Temple Pilots are back with a new singer and single. Listen to the new song, “Meadow,” above.

STP received 15,000 submissions and held live auditions for for more than 30 singers in LA. But it was through word of mouth, and not an audition, that STP bassist Robert DeLeo discovered Gutt.

“Talk about a happy accident,” DeLeo said. “It was clear right away that Jeff had the range to sing vocally challenging songs like ‘Piece of Pie’ and ‘Interstate Love Song.'”

“But we soon discovered that he also has a great ear for melody and knew how to write a song.”

Before the death of Scott Weiland in 2015, the grunge rockers released one album with late Linkin Park vocalist Chester Bennington, High Rise, in 2013.

“Meadow” is the first material from their forthcoming untitled album that is expected to be released in early 2018.