“We see so many examples of women being strong in this movie. And being badasses at that.” 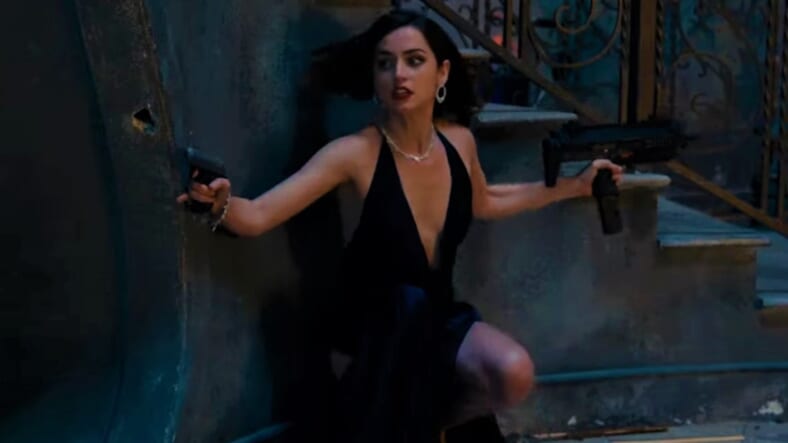 Agents Paloma (Ana de Armas) and Nomi (Lashana Lynch) have both gotten screen time in previous trailers for the new Bond installment. Instead of leading man Daniel Craig, this new video short briefly examines the actresses and their respective characters.

Nomi, who’s the franchise’s first black female to hold the infamous “00” license to kill, is described as slightly cocky by Lynch. That attitude is highlighted her featured piece of dialogue.

“If you get in my way, I will put a bullet in your knee,” she tells Bond. “The one that works.”

De Armas only calls her character as “intense,” as demonstrated by her immediate condemnation of Bond’s tardiness at their first meeting.

Both actresses mention the gauntlet of military training the production team put them through to bring realism to the numerous shootouts and hand-to-hand combat sequences previewed in the featurette.

For Lynch, “Bond girls” being featured as walking weapons is a welcome new direction.

“No Time to Die represents change,” Lynch says. “We see so many examples of women being strong in this movie. And being badasses at that.”

No Time to Die hits theaters on October 6.