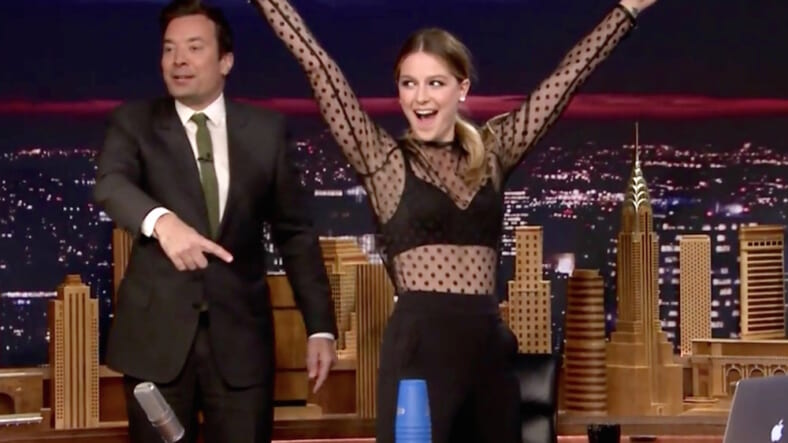 Melissa Benoist is killing it. The beautiful actress is hot off a successful Glee run and is now the star of CBS’s new hit superhero drama series Supergirl. When she’s not donning a cape to save National City from peril, Benoist is brushing up on her other superpowers.

Stopping by the The Tonight Show Starring Jimmy Fallon, Benoist revealed she is no one trick pony. Remember that cup-stacking activity we woefully failed during elementary school phys ed? While our attempts were met with disaster, Benoist can count herself as a cup-stacking master.

Below, watch how it is done:

For more of what Benoist can do, be sure to check out Supergirl, which is in its first season on CBS. Its season finale is fast approaching on Monday, April 18, so get watching.