The ’23 Jump Street’-‘Men in Black’ Crossover Is Happening

Just like the leaked Sony emails said it would. 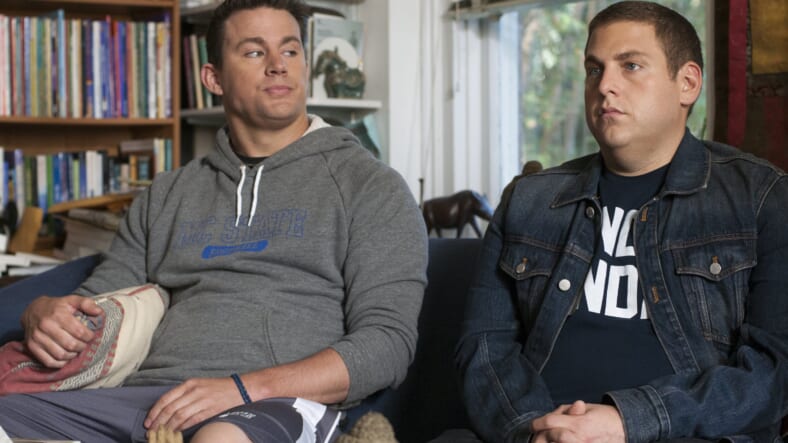 Sony is doing the studio equivalent of hiding your dog’s vitamin inside of a rolled-up slab of bacon with a 23 Jump Street and Men in Black crossover movie. Sony has been trying to revive the Men in Black franchise for some time, and a leaked email exchange between Sony head Amy Pascal and 21 Jump Street star and producer Jonah Hill revealed the germinations of the crossover idea, with both Sony and Hill on board with the concept. And according to Variety, the project is officially getting off the ground.

Hill and Channing Tatum will be returning as stars and producers, but Will Smith and Tommy Lee Jones will not be reprising their Men in Black roles. (Apparently they are too old?) The crossover will bring in a new director for the franchise, and James Bobin (The Muppets, Flight of the Concords) is reportedly in talks. Phil Lord and Chris Miller, who directed the first two Jump Street movies, will be busy with the standalone Han Solo movie.

According to Variety, production could begin as early as June of this year. We’re keeping an open mind, but for now, this idea feels like overkill.