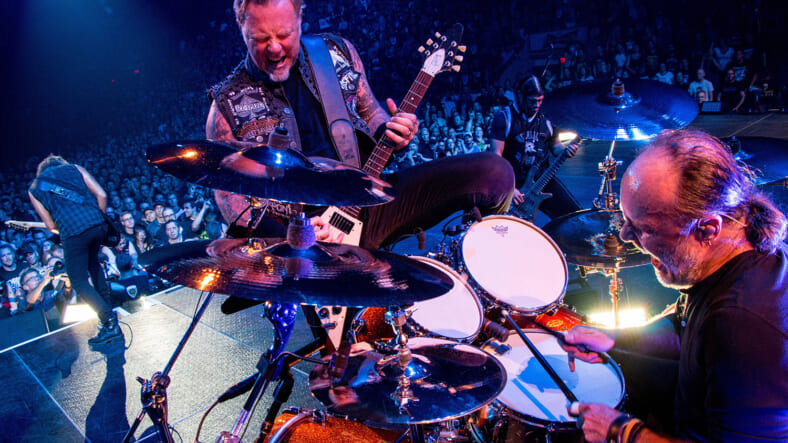 The members of a Metallica cover band in Canada called Sandman were presumably shaking in their boots after receiving a 41-page cease and desist letter from Metallica’s team of lawyers, who thought that the cover band’s logo was a bit too similar to the band they were paying homage to.

“The band have been using this logo for years with no problems at all,” Sandman guitarist Joe Di Taranto said to Rolling Stone when they caught wind of what had happened.

Metallica themselves didn’t seem to mind very much, and released the following statement:

“Neither we nor our management were aware of [the letter] until it surfaced online. Lucky for us, the band was kind enough to post it for us to see, and it turns out that we have a very overzealous attorney who sent this letter without our knowledge.”

They went on to give some words of support to Sandman, which ultimately must have made this whole ordeal a dream come true for them.

“Sandman should file the letter in the trash. Keep doing what you’re doing…we totally support you! And in the meantime, our attorney can be found at SFO catching a flight to go permanently ice fishing in Alaska.”

You can check out Sandman in action below. Maybe they’ll be asked to open for Metallica some day, provided no uptight lawyers have something to say about it.