Metallica is Gearing Up to Play a Massive U.S. Arena Tour in Early 2017 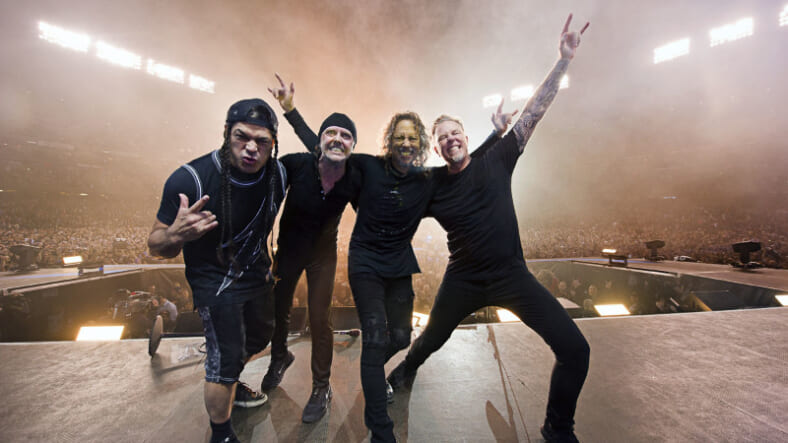 Metal heads, rejoice! Lars Ulrich says Metallica is planning to hit the road for a giant U.S. arena tour starting in January of next year, according to Rolling Stone.

“We’re going to start pretty much full-on touring in January and are looking to figure out what we’re doing in North America,” Ulrich told Rolling Stone, “but there will definitely be some pretty extensive touring in America.”

The metal megastars haven’t played an arena tour in the states since they went out in support of Death Magnetic in 2009. Now, on the heels of their sold-out Minneapolis show at the US Bank Stadium with Volbeat and Avenged Sevenfold, talks of a tour to support their upcoming album Hardwired… to Self-Destruct is exactly what fans wanted to hear.

A healthy mix of Metallica’s greatest hits, favorite live tunes and new material from the album are sure to be on the set lists, according to Rolling Stone:

“We’re itching to play (new material)” the Ulrich told Rolling Stone. “Right now, every day when we get into the Tuning Room we’re just playing the new songs. Then we’re like, ‘Wait, we gotta get out there and play ‘Master of Puppets.'”

Hardwired… to Self-Destruct is due out November 18, 2016, and if the band really does hit the road in January, it’s safe to say we’ve got plenty to look forward to from metal’s leading men.