Watch Michael B. Jordan and Michael Shannon in the Scorching First Trailer for HBO’s ‘Fahrenheit 451’ 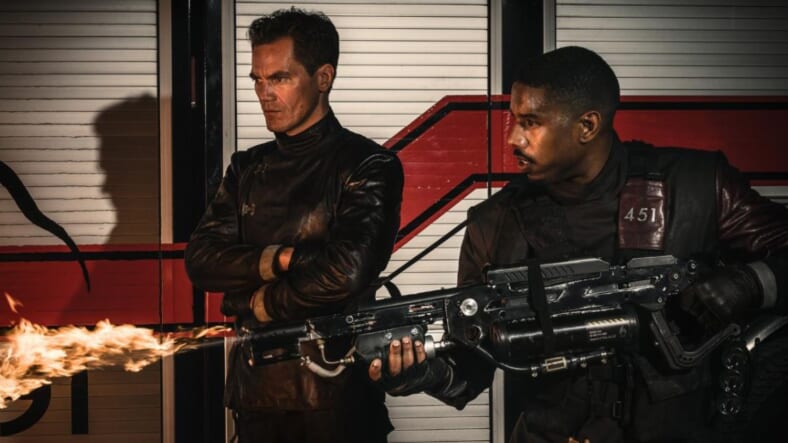 Ray Bradbury’s 1953 novel Fahrenheit 451 predicted a dystopian future where no one read books, and the population’s intelligence had been beaten down by flat screen televisions and earbud headphones. Sounds like 2018!

With America and the world’s cognitive decline all but certain, HBO is bringing that eerily prophetic vision of the future to the big screen… with a TV movie starring Hollywood’s two greatest Michaels: Michael B. Jordan as Guy Montag and Michael Shannon as his tyrannical mentor Beatty.

Check out the ominous AF new trailer, above.

If you took A.P. English in high school, you would know that B. Jordan plays a fireman who is entrusted with burning all remaining literature. He begins to question his brutally anti-intellectual society, which pits him against Beatty who sees books as containing “madness.”

The novel was last made into a feature-length film in 1966, which critics saw as an unworthy adaption. Let’s hope HBO gets this right and doesn’t give us any unintentionally comical moments, like so:

Fahrenheit 451 premieres on HBO something this spring. If you do not have HBO, you could just, like… go outside and ask someone when the last time they read a book was.

The truth can be scarier than fiction.