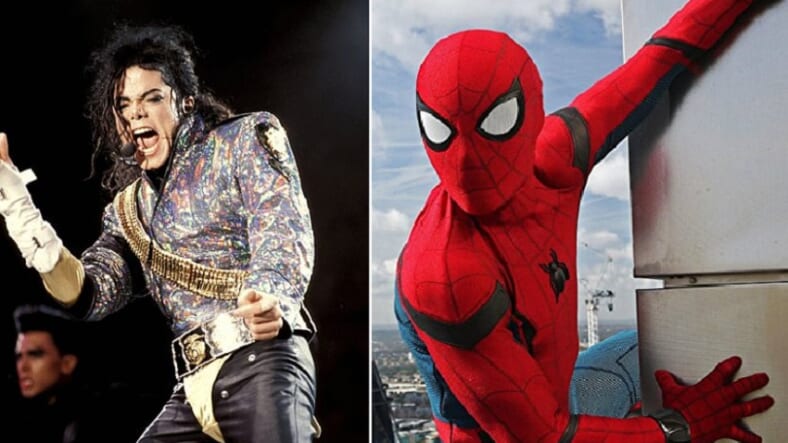 Try to absorb this for a sec: Late pop icon Michael Jackson once wanted to star in his own Spider-Man movie, and he was ready to buy Marvel to do it.

Stan Lee revealed the Gloved One’s interest years ago just after the singer died, but it seems the story of Jackson’s crazy plan was long buried under the usual avalanche of other superhero fan news.

The Telegraph reported that Lee opened up about Jackson’s ambitions at a 2009 San Diego Comic-Con. He’d been visiting Jackson’s Neverland Ranch, he said, and “He wanted to do Spider-Man.”

“I’m not sure whether he just wanted to produce it,” Lee continued, “or wanted to play the role. Our conversation never got that far along.” In the brief video interview above he expands on the story—and at the end there’s a hilarious animation of Jackson and Spider-Man doing dance moves from the “Billie Jean” video side-by-side.

Lee went onto say that he suspected Jackson would’ve taken the role if offered. That wasn’t the end of the his revelations. He and Jackson had once planned to pool their resources and buy Marvel. They “met a number of times,” Lee reportedly said. “In fact, he (Jackson) came to my house once with his son, and I remember my wife took care of his son for about an hour while Michael and I were talking.”

The King of Pop was a passionate fan of other superheroes in addition to Spider-Man.

In early 2017, X-Men screenwriter David Hayter told The Hollywood Reporter that Michael Jackson came in during the casting of Professor X—the role that went to Patrick Stewart. “It was amazing,” Hayter said.

We’re really not sure “amazing” is the word we’d use had Jackson managed to get either role. “Bizarre,” maybe?

Either way there would’ve been plenty of fans in the theaters, about half of them wearing a single glove like their idol.