Michael Keaton Is Returning to Play Batman Again in 2022

Thanks to DC’s multiverse, Keaton, Ben Affleck and Robert Pattinson will all play Batman in 2022 movies. 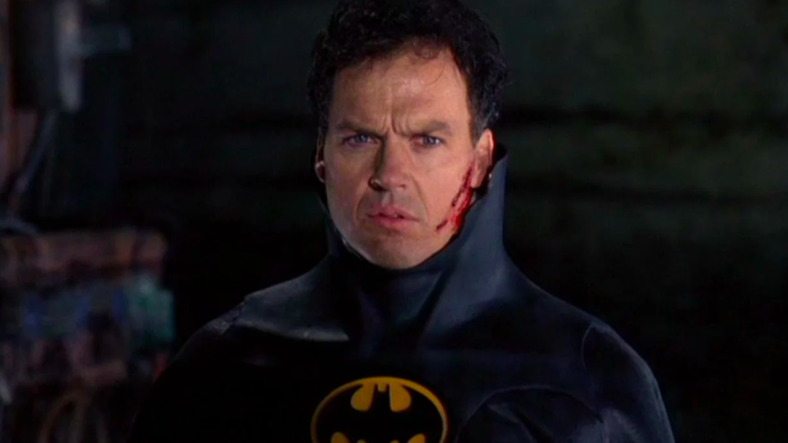 For some, Michael Keaton is the original and best Batman. Adam West was actually the original in his live-action cartoon series in the 1960s, but on the silver screen, Keaton was the first modern actor to don the cowl and cape of the Dark Knight and to this day his take on Bruce Wayne and his alter ego gets plenty of love.

Keaton is a very fit 69 years old, but it did seem for some time that his days playing superhero were over. Not so. It was first reported that Keaton was coming back to the DCEU as Batman in a New York Times in a profile of DC president Walter Hamada. Keaton will appear as Batman in 2022’s The Flash—and Ben Affleck will be there too.

On April 19, Keaton’s reps confirmed to The Wrap that the actor will reprise his iconic role as The Dark Knight for The Flash. The Wrap also reported that when The Flash catches up with Keaton’s Batman through some sort of time-traveling multiverse situation, the film “will disregard the latter two entries entirely,” meaning Batman Forever and Batman and Robin starring Val Kilmer and George Clooney.

The Keaton casting confirmation was noted by Uproxx as The Flash enters its first day of production under director Andy Muschietti, which Warner Bros. commemorated by sharing the film’s official logo on Twitter:

Uproxx also points out that just a few weeks ago, Keaton gave an interview that sounded like he was going to pass on The Flash, and for a very understandable reason.

“I keep my eye more on the Covid situation in the UK than anything,” Keaton told Deadline. “That will determine everything, and so that’s why I’m living outside the city here on 17 acres, staying away from everybody, because the Covid thing has got me really concerned. So, that’s my first thing about all projects. I look at it and go, is this thing going to kill me, literally? And you know, if it doesn’t, then we talk.”

Robert Pattinson, perhaps most famous for playing vampire Edward Cullen in the Twilight saga, stars in The Batman, which is scheduled to come out in 2022. His films will exist in a universe dubbed Earth 2, which will feature new actors playing familiar characters. Another film universe, Earth 1, will feature actors who are continuing to play characters they’ve already portrayed, including Gal Gadot’s Wonder Woman. So what happens to Pattinson’s Batman on one Earth doesn’t also happen to Batman in the other timeline.Keaton and Ben Affleck will both play Batman in the 2022 film The Flash, which Hamada says will link the two universes. Keaton is returning to the role he played on screen in 1989 and 1992, and the film will apparently reveal what’s happened to Keaton’s Batman since he last played the role.

As for Affleck, he’s reportedly done with the role following appearing in The Flash, but there’s a good chance Keaton will show up in other films.

Robert Pattinson takes on the titular role in The Batman when that movie premieres on March 4, 2022. The Flash, with Ezra Miller in the title role, returns Keaton and Affleck to their respective Bat Caves on June 2, 2022.