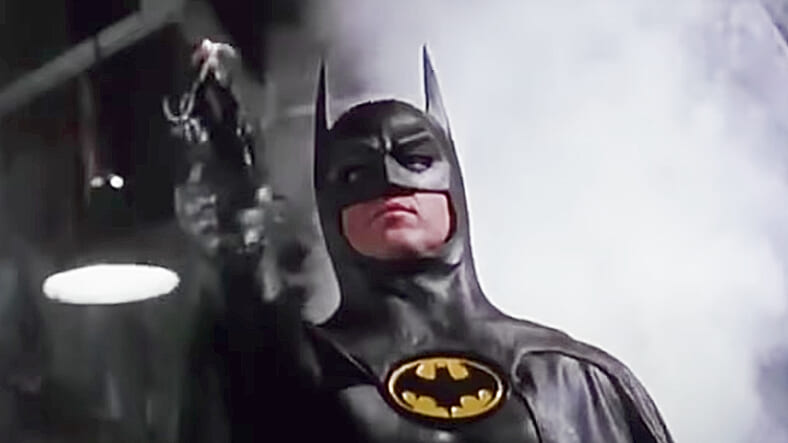 At age 69, Michael Keaton is set to return to the silver screen as the DC Universe’s Caped Crusader, and we now have a first look at his surprisingly colorful costume.

Keaton first played the role in Tim Burton’s Batman back in 1989. Over 30 years later, he’ll don the Dark Knight’s cape and cowl across from star Ezra Miller in The Flash.

Director Andy Muschietti hasn’t offered many details surrounding the movie, but it appears that the bright-yellow Batman emblem will return for the first time in years, albeit ominously smattered with drops blood.

As Den of Geek notes, this is the first time Batman’s garb has featured any primary color since 1995’s Batman Forever—also directed by Burton—in which Val Kilmer symbolically shed the yellow oval in favor of an all-black suit during the film’s third act.

Keaton will actually play an older version of Batman in The Flash, while Ben Affleck will suit up as Gotham City’s vigilante crimefighter for present-day parts of the film.

Other roles include Sasha Calle as Supergirl, Kersey Clemons as Iris West, Maribel Verdu as Nora Allen, and Ron Livingston as Henry Allen.

The Flash releases in theaters on November 4, 2022.