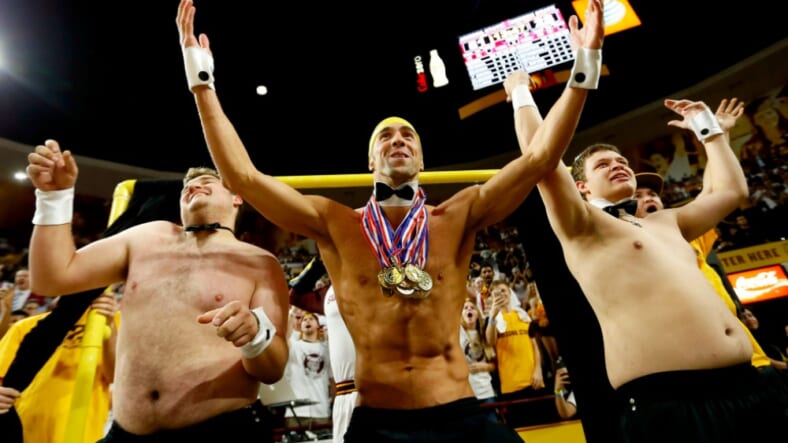 Way out in Tempe, Arizona, the student section at Arizona State basketball games has revolutionized the art of free throw distraction. Their “Curtain of Distraction” is a creative force in a staid sea of giant heads and waving arms. Every home game, when that curtain is pulled back, there’s a surprise waiting behind — everything from hairy guys wearing diapers to kids twerking in horse masks.

On Thursday, students pulled back the curtain to reveal Olympic hero and Tempe resident Michael Phelps. With gold medals and a cheesy Chippendales bow tie around his neck, Phelps and a couple of chubby buddies expertly distracted Oregon State’s Stephen Thompson Jr. — or, to put it another way, a 30-year-old man in his underwear danced alongside shirtless college kids in an attempt to publicly harass an 18-year-old. Good stuff!