“I just might have to say goodbye to a loved franchise.” 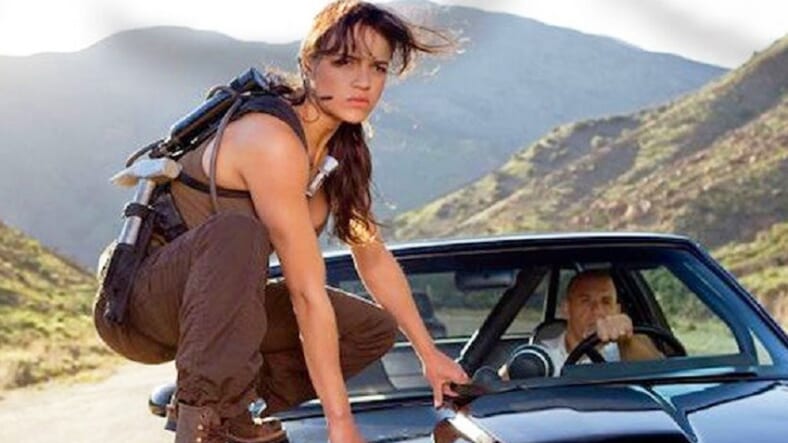 If the actors in the Fast and Furious films are a “family” as Vin Diesel’s Dominic Toretto often said of the characters they play (until The Fate of the Furious), it looks like one family member is ready to move out and get her own place.

Michelle Rodriguez, who plays Toretto’s former squeeze turned street racer Letty Ortiz in the films, made her feelings plain in an Instagram post pumping the release of Fate of the Furious on digital. “I hope they decide to show some love to the women of the franchise on the next one,” she wrote in her photo caption, “Or I just might have to say goodbye to a loved franchise.”

Ouch. “It’s been a good ride,” she continued, “[And I’m] grateful for the opportunity the fans & studio have provided over the years… One Love.”

There’s no doubt that the men in the movies have by far been the most heavily featured players, and Rodriguez’s Letty often ends up playing second fiddle to them. However, recent additions to the cast like Academy Award winner Charlize Theron make it clear the filmmakers aren’t afraid of a powerful female lead.

That said, public tensions between Vin Diesel and Dwayne “The Rock” Johnson (Luke Hobbs) plus this declaration from Rodriguez make one thing clear: Just like a lot of real-world family units, the Fast film family seems pretty damn dysfunctional.