Here’s Michelle Rodriguez As A Transgender Assassin in ‘(Re) Assignment’

The badass shoot-em-up is directed by the same guy who made ‘The Warriors’. 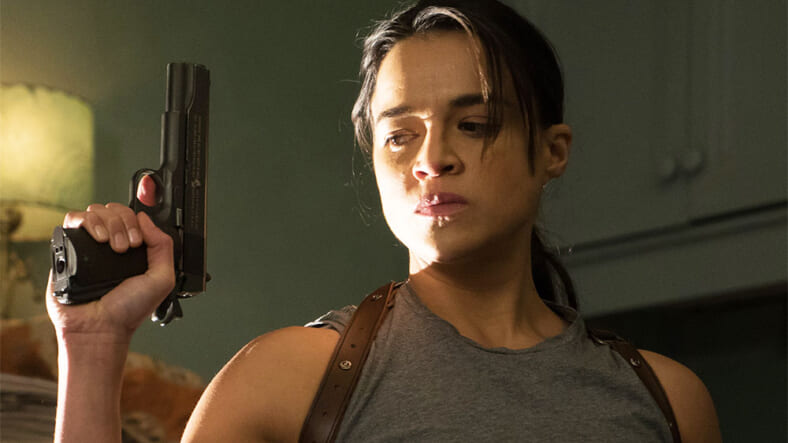 We first learned that Fast and Furious stalwart and all-around badass Michelle Rodriguez was set to play Frank Kitchen—a male assassin who undergoes a sex change—in October 2015, when the movie was still titled Tomboy.

Now the Walter Hill film (yes, the same guy who directed The Warriors), which marks Rodriguez’s first leading role in 16 years, has been re-titled (Re) Assignment, perhaps because the first title was considered politically incorrect.

Newly-released stills feature the star as well as co-star Sigourney Weaver, who looks kind of menacing as she portrays the rogue physician who performs the gender swap.

Per IMDB, this is the plot summary for the film:

Following an ace assassin who is double crossed by gangsters and falls into the hands of rogue surgeon known as The Doctor who turns him into a woman. The hitman now a hitwoman sets out for revenge, aided by a nurse named Johnnie who also has secrets.

(Re) Assignment has been purchased by Saban Films and is set for release in 2017.