Which will be your new gaming obsession? 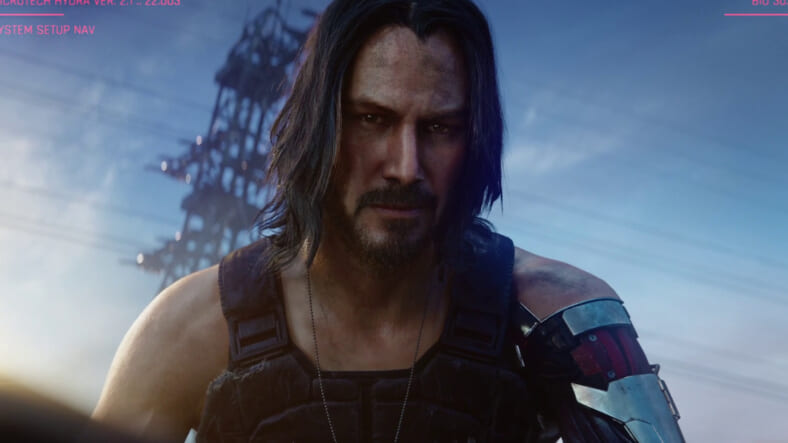 Keanu Reeves is everywhere these days, and no one is complaining. Because if you don’t like Keanu, honestly, it’s your problem, not his.

Most recent example: His appearance at Microsoft’s E3 2019 on Sunday, June 9. Reeves was there for the launch of the next-gen Xbox console, code-named Project Scarlett, which the software giant says will be its biggest leap ever over the last generation.

If you watched the trailer above for Cyberpunk 2077, you already know Reeves’s presence was anything but random. He’s featured in the game in a pretty epic way, popping up at the end of the trailer like an amiable combo of John Wick and the Terminator.

At E3 Reeves did indeed reveal his part in the game (based on the decades-old Cyberpunk 2020, a pen-and-paper role-playing game) and that it will be released in April 2020.

That’s big enough, but E3 was epic for other reasons. First, here are some specs for Project Scarlett, as recorded by High Snobiety:

The untitled console will host an AMD processor, said to be four more powerful than its Xbox One X predecessor. To improve loading times, the machine will include SSD storage that can serve as virtual memory, meaning a 40-fold performance increase in storage speed over current generation consoles.Additional key points include:—The console can support 8K-resolution playback (but this may be limited to video-streaming, rather than games).—Games can be played at up to 120 frames per second—It will allow real-time hardware-accelerated ray tracing for an improved lighting experience.

That’s definitely a console worth waiting for, from the sound of it.

Microsoft will release a total of 14 new games in the coming year, originals and next levels in existing franchises. Watch some of the hottest trailers below.