Miesha Tate Just Rescued a Girl With a Broken Arm, and You’ve Got to See The Thank You Video

Get ready to break out the Kleenex. 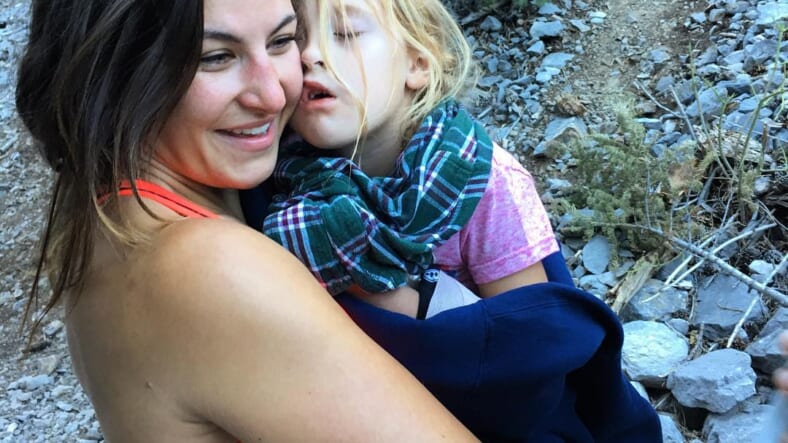 When former UFC women’s bantamweight champ Miesha Tate isn’t wrecking women in the cage, she enjoys the great outdoors. One family in Las Vegas is especially grateful for that today after Tate came to their rescue during a traumatic moment on top of a mountain over the weekend.

The whole ordeal played out on Mary Jane Falls on Mt. Charleston, where a six-year-old fell and broke her arm. As her parents struggled to carry her more than two miles back to their car, Tate arrived. “She offered to help us carry her down the mountain. Such an amazing and humble person to have met. Our family cant thank you enough for all the help. You saved us easily hours of hiking and helped us get her to the hospital sooner,” the little girl’s dad wrote on Instagram.

The girl’s family also passed along the adorable video below showing their daughter thanking Tate, who added a note about how proud she is to have been strong enough to carry girl the distance.

Tate’s last fight came two months ago at UFC 200, where Amanda Nunes took the bantamweight belt off her in Tate’s first title defense. The loss was Tate’s first in two and a half years, but she doesn’t seem to be taking it too badly.

Not only is she hanging out with goats, but she recently spent some time modeling for the latest issue of Regard Magazine. A couple choice pics are below.