Which are you more pumped about? 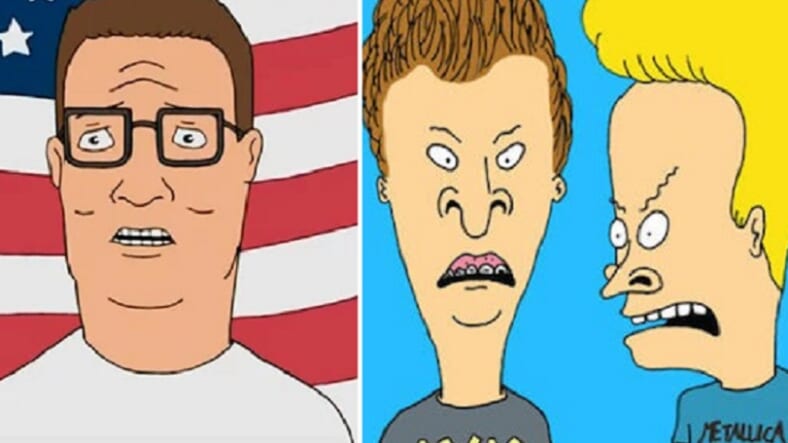 These days Mike Judge is all about his HBO comedy, Silicon Valley. However, a report in the Rotten Tomatoes blog says he’s not done with his previous creations.

He’s serious enough that while entering a recent Paleyfest for Valley, Judge gave some thoughts as to possible futures for Beavis and Butt-head and his more family-friendly Fox show, King of the Hill.

Turns out Judge has some specific criteria for resuming King. “It would have to have a passage of time,” he told Rotten Tomatoes. “People have grown up.”

“I think The Simpsons are so iconic just the way they’re drawn,” Judge continued, “you can keep Bart that same age for 60 years. Our characters, it was starting to strain a little bit to have Bobby still be that age for that long.”

“Think it would have to be different,” he said later.

Judge also has some thoughts about Beavis and Butt-head, his MTV cartoon that premiered in 1993. He said it was “possible” he’d do something new with those characters.

“It came up two months ago,” Judge told Rotten Tomatoes, “It’s just a matter of coming up with an idea that feels like it’s worth doing. They’ve talked about a movie possibly.”

Beavis and Butt-Head Do America currently has a 69% audience score on Rotten Tomatoes. That’s not a big number, but it is the perfect number for that movie.

It’d be cool if Mike Judge found that inspiring enough to get busy with a sequel.