Throw us a frickin’ bone here! 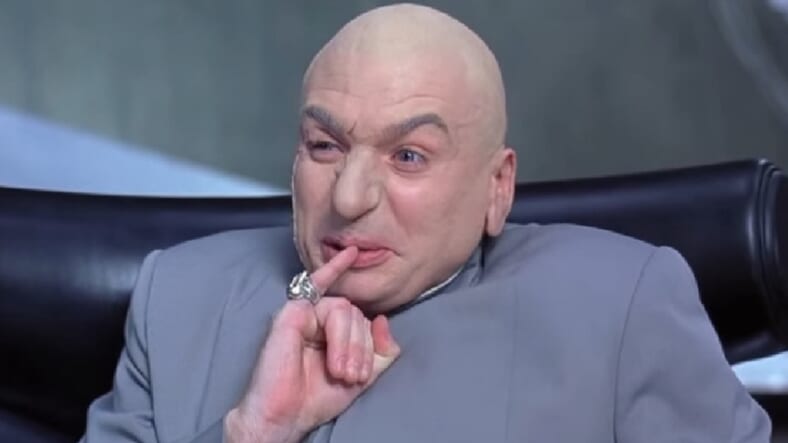 For several years, Mike Myers took a breather from making movies. It looks like he’s coming back.

In an interview with ET, Myers talked about acting with Margot Robbie, the late Verne Troyer, and his conditions for doing more Austin Powers movies.

Myers stars with Robbie in Terminal, a slick thriller in which ET says he plays “a goofy janitor who turns out to be more than he appears.” In the interview he was asked about Hollywood’s surplus of reboots and Myers indicated he was open to a new Austin Powers.

Myers said he “would love to do a movie from Dr. Evil’s perspective. So it would be Dr. Evil 1, Austin Powers 4, is how I would roll.” Then he apparently offered encouragement to fans, saying, “Start the campaign, please. Thank you.”

Myers made it clear that working with Robbie was a ball, and that she also liked to party. He said she’s “more like Russell Crowe than you know,” and “she’s fun, she’s super fun.”

Sounds like we’ll see a different side of Mike Myers when Terminal is in theaters May 11.