He’s not too happy about it. 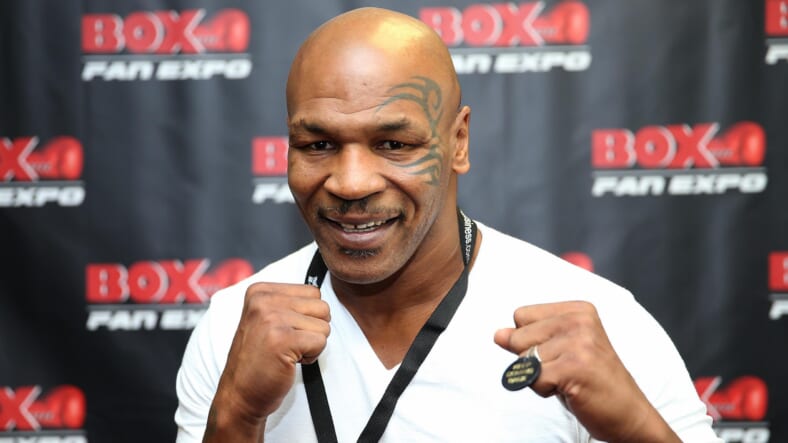 Mike Tyson’s Punch-Out might be coming back, only without Mike Tyson.

That’s what it looks like anyway, after the former heavyweight champ tweeted that he “heard @Nintendo was doing the new ‘Punch Out’ without even contacting me. it wont be the same. my knockouts made the game. thats whack.” In doing so he both dropped a possible leak and communicated just how much the absence of his name bothered him.

heard @Nintendo was doing the new “Punch Out” without even contacting me. it wont be the same. my knockouts made the game. thats whack.

Nintendo tweeted about the Mr. Dream version of Punch-Out, which was re-released on NES’s Switch Online, and Tyson responded in a way meant to shame them into putting his name back where it belongs.

mr dream? everyone tell @NintendoAmerica who they think of when they hear punch out pic.twitter.com/2j51PLt0Em

Tyson isn’t exactly the guy he was when the first game was released 32 years ago. He has since served time in prison for sexual assault only to come out and morph into one of those celebrities who ultimately seems famous for being famous—despite the fact that at 52 he’s obviously still the formidable human being who once wore the championship belt.

So—even if his public image has softened enough to win him roles in comedies and even his own animated Adult Swim special, it doesn’t necessarily follow that Nintendo will want “Mike Tyson” back on the game.

But for anyone with some great memories of the original Punch-Out, the question is probably ‘why not put his name back?’

Come on, Nintendo. Bring Iron Mike back into the 8-bit fold.