Kunis opened up about the friends with benefits arrangement to Howard Stern. 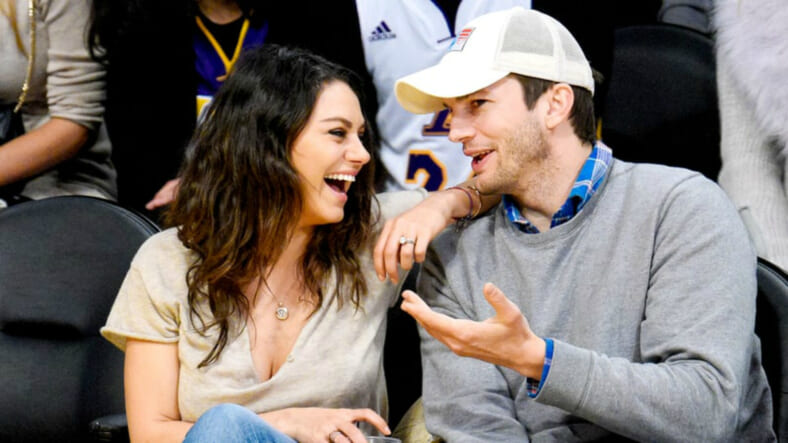 It turns out that some friends-with-benefits situation can’t stay casual for too long, considering That 70’s Show costars Mila Kunis and Ashton Kutcher went from being just friends, to fuck buddies, to husband and wife–with a baby.

Their happily-ever-after relationship began when Kunis went to  Kutcher’s housewarming party in 2011, and he “took her breath away,” she told Howard Stern Tuesday on his Sirius XM show. Then things got a little heated after a handshake hook-up agreement:

“We, oddly, both did a movie called — I did Friends With Benefits, he did a movie called No Strings Attached,” Kunis told Stern. “If we just paid attention to these movies, we should know that shit like this does not work out in real life. Well, we clearly didn’t pay attention.

“We shook hands, we’re like, ‘Let’s just have fun!’ I mean, literally, we lived out our movies. We literally just had a very open conversation.””So I went over. Long story short — I didn’t leave till the next morning. And that was the first time, ever, that I’d ever slept over when I was single…at a guy’s house.”

“Like, when I was single, I was so adamant about never, as stupid as it sounds, never staying over at a guy’s house,” she added. “I was, like, peacing out, and he was like, ‘You’re not leaving.’ And that was the first time and only time.”

This was all around the time that Kutcher had ended his marriage with Demi Moore, and Kunis broke up with her ex, Macaulay Culkin (can you believe that?), after eight years of dating.

Though the two tried to keep their fling completely casual and nonexclusive following heavy breakups on both sides, they slowly developed serious feelings for one another. Hey, if it’s meant to be, it’s meant to be.

“We’d literally attempt to go see other people, and then that night we’d be like, ‘Hey! What are you up to? Wanna come over?'” Kunis recalled. “It ended up going from just having fun to genuinely wanting … When I realized I was nervous when I spoke to him. I was like, ‘I don’t like this anymore.'”

“We, oddly, both did a movie called — I did Friends With Benefits, he did a movie called No Strings Attached,” Kunis told Howard Stern during his SiriusXM radio show. “If we just paid attention to these movies, we should know that s–t like this does not work out in real life.”

And now, five years later, the happy couple is married with a 21-month old daughter named Wyatt, and have another one on the way. Ain’t love grand?