Find out why Mila is mad as hell. 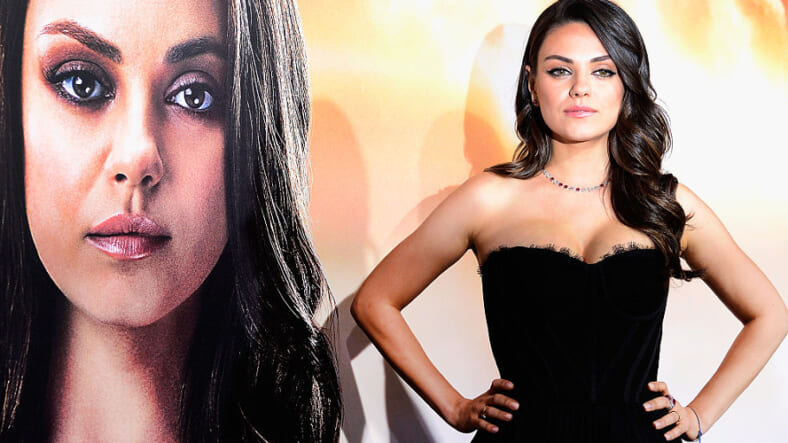 In an open letter posted on Medium, actress, producer and former Maxim cover star Mila Kunis let the world know she’s sick and tired of all the gender biases, inequality and objectification that she and her fellow actresses often have to deal with. Hey, it’s not always easy work, even when you’re incredibly rich, beautiful and famous.

In particular, the Bad Moms star called out a male Hollywood producer (without specifically naming him) who actually uttered the cliche: “You’ll never work in this town again,” after she refused to pose on the cover of an unidentified men’s magazine. (Hey, we’re pretty sure it wasn’t ours.)

“I was livid, I felt objectified, and for the first time in my career I said ‘no.’ And guess what? The world didn’t end. The film made a lot of money and I did work in this town again, and again, and again. What this producer may never realize is that he spoke aloud the exact fear every woman feels when confronted with gender bias in the workplace.”

And there’s more, too:

“Throughout my career, there have been moments when I have been insulted, sidelined, paid less, creatively ignored, and otherwise diminished based on my gender,” she wrote.

“And always, I tried to give people the benefit of the doubt; maybe they knew more, maybe they had more experience, maybe there was something I was missing. I taught myself that to succeed as a woman in this industry I had to play by the rules of the boy’s club.

“But the older I got and the longer I worked in this industry, the more I realized that it’s bulls–t! And, worse, that I was complicit in allowing it to happen.”

In another incident, a prospective production partner referred to her in an email merely as Ashton Kutcher‘s soon-to-be wife and baby mama. That did not go over well:

In the process of pitching this show to a major network, the typical follow-up emails were sent to executives at this network. In this email chain, this producer chose to email the following:

‘And Mila is a mega star. One of biggest actors in Hollywood and soon to be Ashton’s wife and baby momma!!!’

This is the entirety of his email. Factual inaccuracies aside, he reduced my value to nothing more than my relationship to a successful man and my ability to bear children. It ignored my (and my team’s) significant creative and logistical contributions.

We withdrew our involvement in the project.

“I’m done compromising; even more so, I’m done with being compromised,” she wrote. “So from this point forward, when I am confronted with one of these comments, subtle or overt, I will address them head on … And if my comments fall on deaf ears, I will choose to walk away.”

The saddest part (other than that he made such a diminishing remark, especially in front of others) is that Kunis is an otherwise powerful woman. Other women in society give into this kind of crap all the time.

Hey, it’s one thing to admire her for her unquestionable beauty, talent and sense of humor. No arguments at all here.

But let’s treat Mila and all women with the respect they deserve, shall we? After all, these are the same amazing creatures who still find us attractive even when we’ve put on a few pounds.