It’s the sexy 007 parody we never knew we needed. 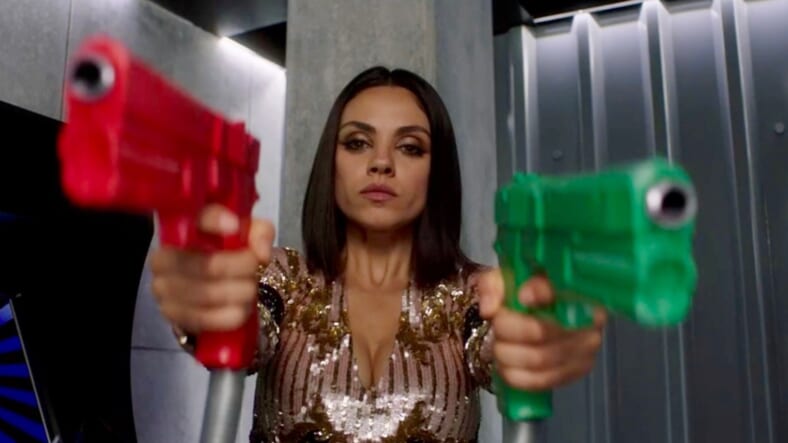 Kunis and McKinnon just debuted the first trailer for their buddy spy comedy The Spy Who Dumped Me on The Ellen Show, and they are the comedy duo you never knew you needed.

Here’s a plot from Entertainment Weekly for some backup:

Audrey (Kunis), is going through a particularly bad breakup that culminated in her being completely ghosted. When her ex-boyfriend (played by Justin Theroux) shows up suddenly at the apartment she shares with her best friend, Morgan (McKinnon), it’s revealed that he’s actually a spy (ghosting explained). He has a gang of assassins hot on his trail and the two BFFs suddenly find themselves wrapped up in the spy game themselves, traveling across Europe to escape the tail. Sam Heughan of Outlander, Gillian Anderson of The X-Files, and Hasan Minhaj of The Daily Show also appear in the flick.

Kunis and McKinnon bonded on the filming of the movie, which went down in Amsterdam, Prague and Berlin.

Watch them gush about their instant friendship on Ellen.

EW reports that the movie had “an overwhelmingly positive test screening.” It hits theaters on August 3rd.