NBC censors had their hands full… 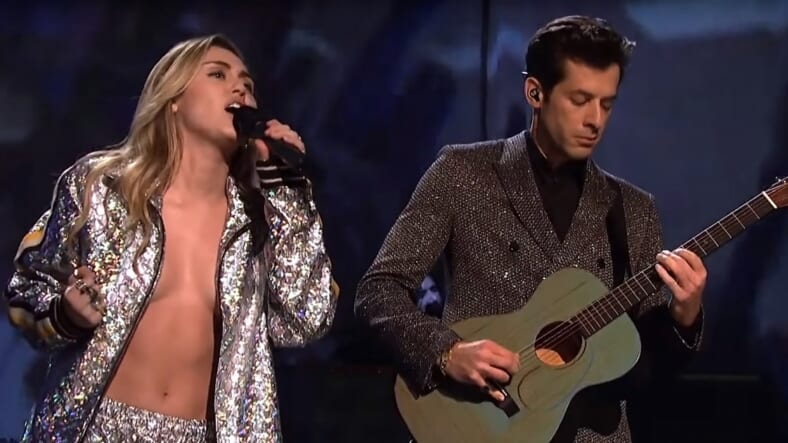 Miley Cyrus came at us a like a “Wrecking Ball” with her daring, cleavage-baring outfit on Saturday Night Live, and Twitter unsurprisingly freaked the hell out about it.

The 26-year-old singer was joined by super producer Mark Ronson on guitar to perform their song “Nothing Breaks Like a Heart,” but Cyrus’ glittery two-piece outfit–featuring a completely open jacket — got even more attention than her impressive pipes.

Here’s some of the best reactions to Miley’s outfit on Twitter, in case you missed it:

Censor guy sitting at the button during the Miley Cyrus performance like…#SNL pic.twitter.com/VidBHr1TkQ

I have never trusted anything in my life as much as @MileyCyrus is trusting that double-sided tape. #SNL

Listening to two men in their mid sixties at a coffee shop talk about @MileyCyrus's performance last night on SNL. They're both big fans and one of them is explaining to the other how double sided fashion tape works.

Alas, Cyrus made it through the song without even a hint of a nip slip, and later joined Sean Ono Lennon  and Ronson in a more sensible outfit for a second performance, “Happy Xmas (War Is Over).”