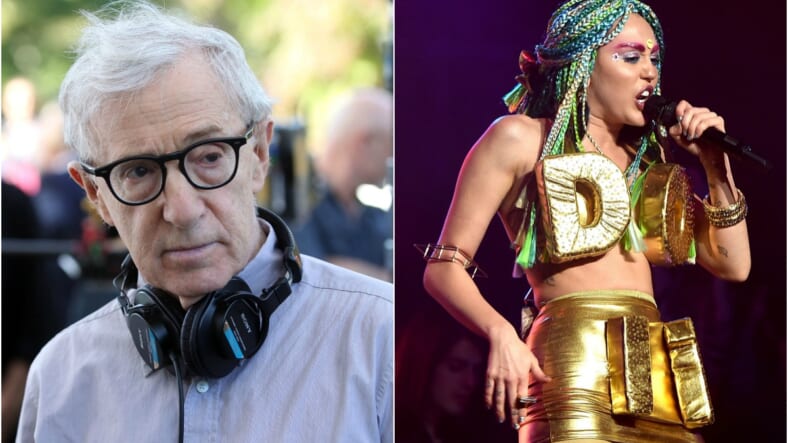 So far, everything about Woody Allen’s upcoming Amazon series has seemed like a terrible idea. The Annie Hall director himself admitted he regretted taking on the project, which is insubstantial even by streaming standards: The series will run for only six half-hour episodes.

But things have taken a dramatic turn: Both Miley Cyrus and the legendary Elaine May have signed to co-star with Allen in the series, which remains untitled, but will be set in the 1960s. This is intriguing, but for the love of Pete, please don’t make us watch Woody Allen have a remotely flirtatious or romantic or in any way physical interaction with Cyrus, who is nearly six decades younger than him. If anyone would be that creepy, it’s Woody Allen. But if anyone would go along with it, it’s Miley Cyrus, who DGAF what anyone thinks, ever. And we love her for that. But please, don’t let that filthy cretin touch you, Miley. Please.

This is the first time Cyrus has joined a TV series as a regular since Hannah Montana ended in 2011, although she appeared in Netflix’s holiday special A Very Murray Christmas, which was not particularly well received.

We’re also pretty excited about Elaine May, who was an improv comedy superstar in the 1960s but is perhaps best known for having directed one of the most hated films of all time, Ishtar. May’s hiring may be the first time Allen has cast a woman older than him as a co-star.

The series will begin production in March.