Sure, blame it on the boobs. 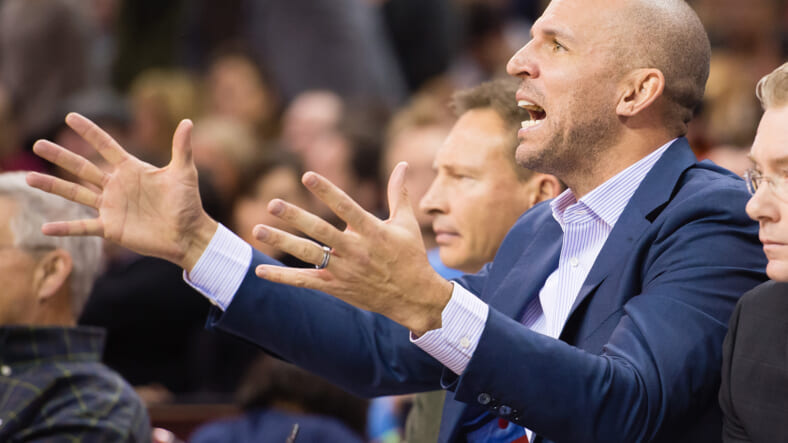 How does the same team knock off the NBA’s best team and then lose to one of its worst in the very next game? Blame it on boobs.

In case you don’t closely follow the Bucks, three of the guys in that video are key players for the 10-17 team. And the bearded white dude is on the team, too. According to whoever sold this video to TMZ, the ballers were out at the Ace of Diamonds strip club until 2am on Monday night. Their loss to the Lakers came less than 24 hours later.

Coincidence? Bucks coach Jason Kidd doesn’t think so. As he told Milwaukee Journal Sentinel beat writer CF Gardner, he gave the four players a stern talking to after the loss to the Lakers. “You’re going to go have dinner and you have to be responsible,” he reportedly said.

For a professional athlete, that means leaving the strip club by midnight at the latest.