‘Mission Impossible 7’ Shoot in Italy Halted Due to Coronavirus Fears

Paramount canceled out of “an abundance of caution.” 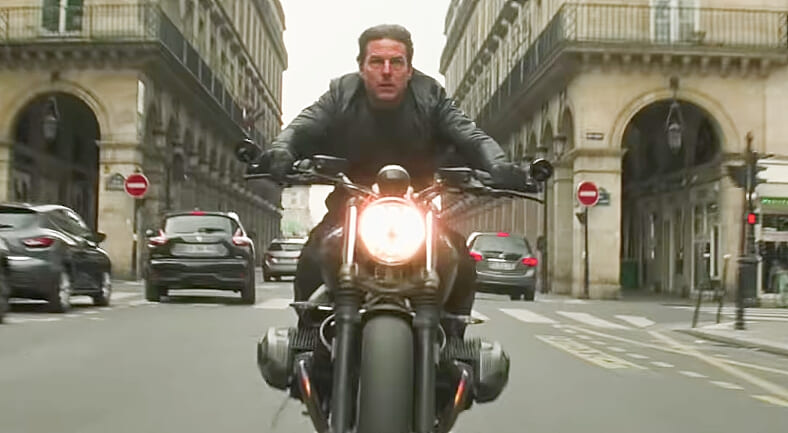 Paramount Pictures canceled a planned Mission Impossible 7 shoot in Venice, Italy this week due to concerns about the worldwide spread of the deadly coronavirus.

Since coronavirus first appeared in China in early January 2020 it’s been major news, in part because it presents a uniquely dangerous situation: While coronaviruses as a class aren’t unusual and frequently cause the common cold, this particular bug just hasn’t been found in humans before.

It’s brand new, and no one knows exactly how it works, making finding a vaccine for it challenging. And humans do not have any known built-in immunity to its effects yet.

The Associated Press (AP) reports on Paramount’s decision regarding the next Tom Cruise blockbuster:

“Mission: Impossible 7″ had been scheduled to shoot for three weeks in Venice. More than 200 people have tested positive for coronavirus in Italy, the largest number outside Asia. While most of those cases are in the neighboring Lombardy region, authorities said three people in Venice have tested positive for the virus.In a statement, Paramount cited the Venetian government’s halting of public gatherings, and said it was canceling the shoot “out of an abundance of caution for the safety and well-being of our cast and crew.”

It isn’t just Tom Cruise whose work has been impacted by this emerging virus. Sonic the Hedgehog and James Bond have been affected as well.

The AP reports that Paramount delayed Sonic‘s release in China, potentially cutting off a massive source of box office revenue, and No Time To Die‘s Beijing premiere in April has been canceled as well.

“At stake is potentially hundreds of millions in ticket sales in China and elsewhere,” writes the AP’s Jake Coyle, “Media stocks were among those that tumbled Monday on Wall Street as fears increased of the virus’ effect on the global economy.”

Stocks continued dropping Wednesday, even as the first coronavirus cases surfaced in both South America and Norway.

Most people who contract the bug will survive, many feeling like they simply had a cold—however, in some, coronavirus can trigger an immune system reaction that eventually overwhelms the lungs and heart, causing coma or even death.

It seems likely that Paramount won’t be the last studio to think twice about exposing its actors and crews to a possible pandemic, and box office results may drop as well, moviegoers second-guessing a fun night out versus catching a mystery severe cold bug.

Stay home and have a drink instead, sometimes. And don’t worry, the virus and the beer called Corona are completely unrelated.