That’s not all, according to new court documents. 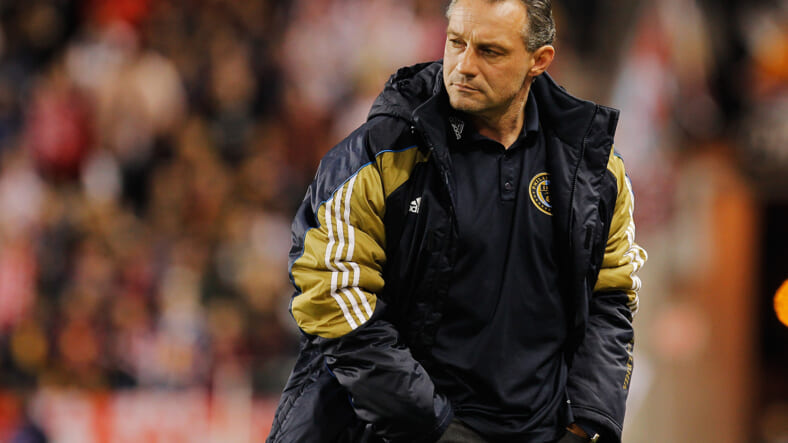 When Major League Soccer’s Philadelphia Union fired head coach Peter Nowak in 2012, the team said it was because Nowak created a hostile work environment and hazed players. Newly filed court documents reveal the details of that work environment and they make Nowak sound like masochistic brother of Bill Lumbergh.

Among other things, Nowak was known to leave his hand print on the asses of rookie players and encourage veteran players to do the same. According to court documents, he spanked players so hard he had to ice his hand afterward. When his hitting hand was too sore to continue, he subbed it out in favor for a sandal.

On one occasion, after his team pissed him off by losing a match, Nowak made his players, including the injured ones, run in “hot and potentially dangerous conditions” without water. When trainers tried to sneak water to the players, Nowak snatched the bottles away and threw them into bushes. “If you’re thirsty you are weak,” he admits telling the team’s trainer, though he now says he didn’t really mean it.

Another of Nowak’s sins was the complete mishandling of head injuries. “It was not uncommon for Mr. Nowak to call a player a ‘pussy’ for complaining he had a concussion,” the document says. He also insisted that players play though a concussion. Otherwise, he said, they were ‘weak.'”

Hey, maybe futbol isn’t so different from football after all.