Sir Rog weighs in on the franchise’s highlights. 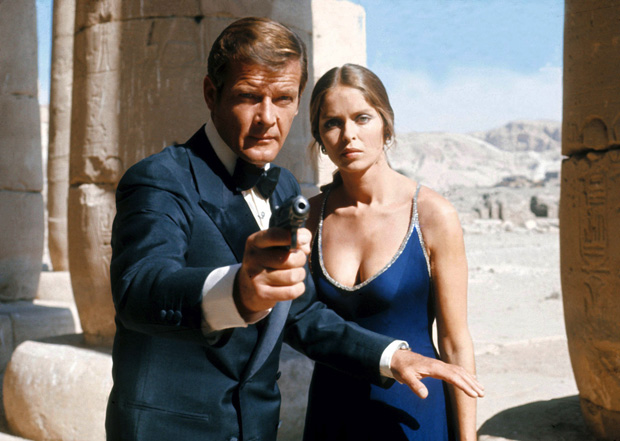 Roger Moore played the role of James Bond more times than anyone else (If you don’t count Connery in Never Say Never Again, and we don’t). Sir Rog weighs in on the franchise’s highlights.Best BondPhoto Courtesy of Everett Collection
Obviously, Sean Connery. But I thought Timothy Dalton was very interesting; it was a new slant on Bond. When I was about to leave, I suggested three people: Sam Neill, the Australian actor; Pierce Brosnan; and Timothy Dalton. Daniel Craig hadn’t even been born then…He is a wonderful Bond, though, a bloody fantastic athlete. I reckon he did more in the first five minutes of Casino Royale than I did in my whole 14 years as Bond, in terms of jumping around.”Best Bond VillainsPhoto Courtesy of Everett Collection
I thought Yaphet Kotto in Live And Let Die was excellent, as both Mr. Big and Kananga. ‘Kananga’ was a real fellow—Ross Kananga, who ran the alligator farm we shot on. His father was eaten by one of the buggers; he pointed out the one that got him. We liked him so much that we called the villain Kananga. Christopher Walken in A View to a Kill was great, too, a very laid-back actor and very funny.”Best Gadget
“The best gadget of all is the magnetic watch in Live and Let Die. It unzipped Madeline Smith’s dress, except it didn’t really work. The prop man was up her skirt with a wire pulling the zip down, because there’s no such thing as a magnetic watch. And it was shit at telling the time.”Best Bond CarPhoto Courtesy of Everett Collection
“I wasn’t really asso­ciated with any one car. I had a lot of different ones. I think Sean had wrecked them all by the time I got there. But the best car in the Bond films was the Aston Martin Sean had [a 1963 DB5 prototype in Goldfinger]—you know, with the spikes coming out of the tires.”’Best Bond Film
“Of the ones I did, certainly The Spy Who Loved Me, because I adored Lewis Gilbert, who directed it. He had a great sense of humor and was great fun. I liked all of Sean’s ones, and Casino Royale, I loved. Quantum of Solace I didn’t quite understand, but I look forward to Skyfall because, I must say, that looks really good.”Best Bond Stunt
“The best Bond stunt was the ski-jump parachute opening at the beginning of The Spy Who Loved Me. That was brilliant. The one that was hell to do was flying around Paris in a Renault with no windshield in A View to a Kill. The police were riding in front waving little flags to stop traffic, but I never saw anyone take notice of those bloody flags!”Best-dressed Bond
“Obviously, I had the best fashion sense. I love when people take the piss on blobs or blogs or whatever you call them on the Internet, making fun of the safari suit from Moonraker. I thought it served its purpose very well. Thank God I had it in some of the places we were shooting, like Brazil and Argentina. I don’t still wear it—I couldn’t even get my waist in the chest, let alone in the whole suit!”Best Bond Girls
“The sexiest, I suppose, was Barbara Bach in The Spy Who Loved Me. Being Bond, you win all the fights and you get all the girls. But if you get a girl too early, you know she’s going to get killed, argh! You read the script, and, uh-oh, she’s for the high jump. Now, Jane Seymour started off as a villain in Live and Let Die, but then, she hadn’t yet seen a little bit of James Bond’s hickory-dickory!”Best Evil HenchmenPhoto Courtesy of Everett Collection
“I loved the two gay waiters in Diamonds Are Forever, Mr. Wint and Mr. Kidd. That film was really funny. The way Mr. Wint goes, ‘Whoooo!’ as Sean pushes him over the edge of the boat! And Tee Hee [the henchman with the metal claw in Live and Let Die]—that was great stuff.”Funniest Bond Moment
“My favorite was an ad-lib in Octopussy where a tiger leaped out at me, and I just said, ‘Sit!’ Another was a Tom Mankiewicz line in The Man With the Golden Gun, when Bond goes to the gunsmith to get information from him. I lower my rifle toward his nether regions and say, ‘Speak now or forever hold your piece.’ That’s a good line.”Want more Bond? Check out our Bond Cocktail: The Godfather and our Bond Girl Gallery: Girls with Drinks.