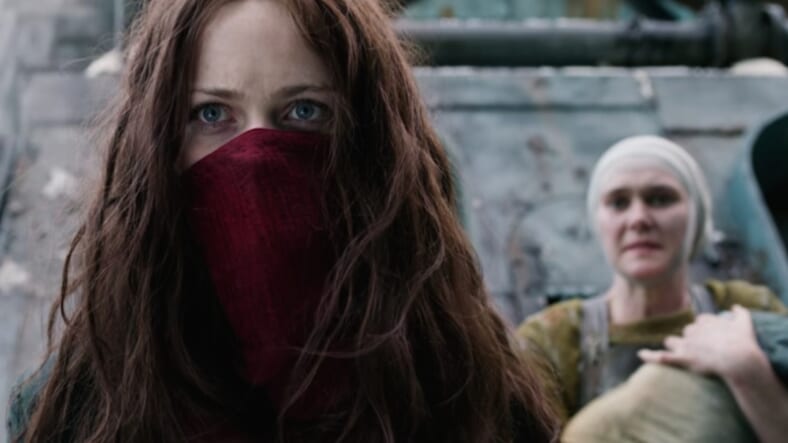 Peter Jackson, the Oscar-winning filmmaker behind The Hobbit and The Lord of the Rings trilogies, is back with a wildly different saga.

The teaser trailer for his forthcoming action epic Mortal Engines just arrived, and it takes us to a post-apocalyptic world of warring “traction cities”… in lieu of a Middle Earth populated by hobbits and elves.

The official synopsis explains what a traction city is:

Thousands of years after civilization was destroyed by a cataclysmic event, humankind has adapted and a new way of living has evolved. Gigantic moving cities now roam the Earth, ruthlessly preying upon smaller traction towns.

Tom Natsworthy (Robert Sheehan)—who hails from a Lower Tier of the great traction city of London—finds himself fighting for his own survival after he encounters the dangerous fugitive Hester Shaw (Hera Hilmar). Two opposites, whose paths should never have crossed, forge an unlikely alliance that is destined to change the course of the future.

The aesthetic of the film fits firmly in the steampunk subgenre, a strand of science fiction where technology is inspired by 19th-century industrial steam-powered machinery rather than digital electronics. You’ve seen it before, most recently in Mad Max: Fury Road.

Based on the novels by Philip Reeve, Mortal Engines will not arrive in theaters until December 2018.