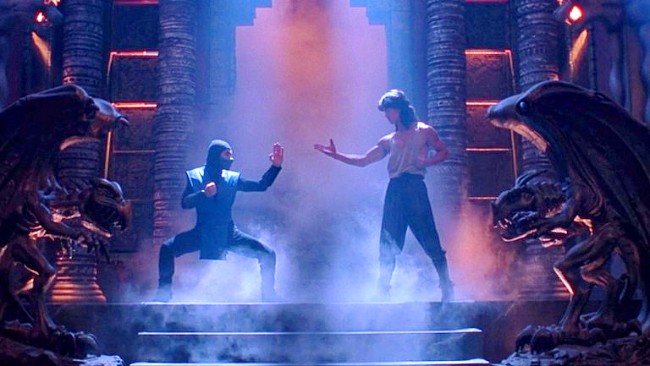 The 1995 video game-inspired movie Mortal Kombat, which happens to be one of the top-grossing game adaptations of all time, is finally getting a reboot and will be produced by Aquaman’s James Wan, with actor Joe Taslim signed on as Sub-Zero.

And here’s some news that could make anyone anticipating the schlocky 1990s reboot even more fired up: “MK WILL be R-Rated and for the first time EVER, FATALITIES will FINALLY be on the big screen,” screenwriter Greg Russo confirmed.

Since it's already been stated by other members of the team, I'm gonna put this one to bed. MK WILL be R-Rated and for the first time EVER, FATALITIES will FINALLY be on the big screen (and no I'm not gonna say which ones) You'll just have to wait for the movie & see!!! 😉 pic.twitter.com/aVTewH4t28

And even more intriguing, Russo compared the tongue-in-cheek tone of the upcoming reboot to that of Deadpool, telling Comic Book:

“We looked at the games and then we also were looking at some film comps to compare our tone to. And I think things like Deadpool popped up and we’re like, we really like the tone of that, It’s got some great humor in there, but if you kind of take the humor out of it, it’s got real characters, like really emotional stakes behind what the characters are going through.”

“I mean Mortal Kombat‘s always been very tongue-in-cheek in how it approaches whether it’s kind of over the top violence or just kind of some of the insane story ideas that they come up with. I mean there’s always been this kind of fun nature to it,” he added.