The classic track is making a comeback. 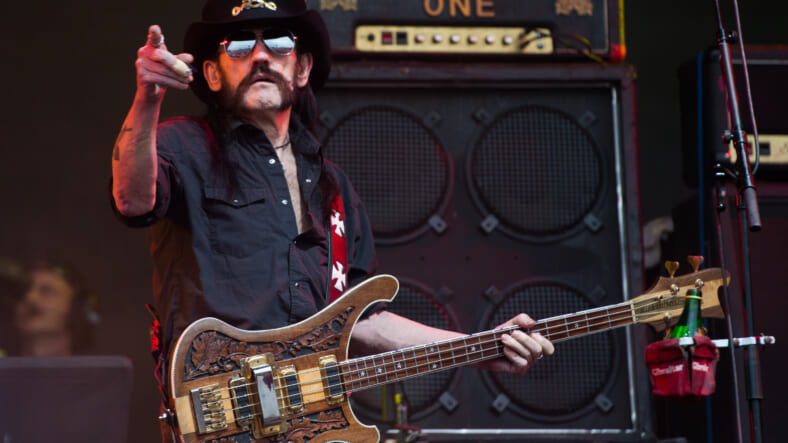 “Ace of Spades” was a little more than 35 years old when Lemmy Kilmister died last week at age 70. Now, the beloved Motörhead anthem that put the British metal gods on the map is finally getting the recognition it deserves.

The high-octane classic is set to crack the British Top 10 charts for the first time ever, NME reports. This surpasses the song’s peak popularity at #15 in the summer of 1980 when it was first released.

Motörhead fans had mounted a campaign following Lemmy’s death to launch “Ace of Spaces” to the top of the British singles chart starting at midnight on January 1st, according to a Facebook fan community.

“As a tribute to the absolute legend that we knew and loved as Lemmy, let’s chart ‘Ace of Spades,'” the page reads. “Buy it from as soon as Big Ben chimes in 2016.”This is a tremendous show of support by fans, but it’s not necessarily that unique. Apparently “gaming the singles charts has become something of an annual holiday tradition in the U.K.,” explains Ultimate Classic Rock.

“A series of online efforts have sought to send various cuts to No. 1 for Christmas in recent years. Iron Maiden‘s ‘The Number of the Beast’ was the focus of a campaign last year, and in 2013, AC/DC‘s ‘Highway to Hell’ re-entered the Top 10.”

But that doesn’t take away from the significance of “Ace of Spades.” It’s not that it’s persisted based on sheer catchiness (it hasn’t) or it’s still a frequent listen to those not on a Motörhead kick (when was the last time you listened to it before last week?), but it’s one of the more groundbreaking hard rock songs in recent memory.

The unbridled power and speed of “Ace of Spades” not only brought punk and metal fans together after its release in 1980, Lemmy’s signature song went on to influence crossover thrash metal, grunge and alt-rock.

No matter how it gets there, a Top 10 nod for “Ace of Spades” is exactly what a hard hitting, hard partying rock god like Lemmy deserves.