Motörhead’s Lemmy Has an Ingenious Way to Fight Aging

Hey, he’s stuck around this long, he’s probably on to something. 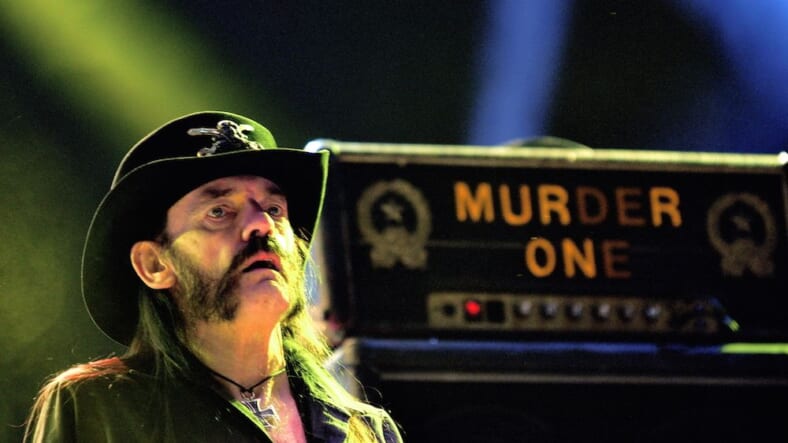 Science should study the diamond-hard constitutions of aging rockers like Keith Richards or the Terminator-like resilience of Motörhead’s unstoppable lead singer, Lemmy. Richards turns 72 in December, and soon after Lemmy will also join the septuagenarian rank and file — especially if the positive health moves he’s made give him a little extra time to keep rocking our faces off.

OK, age hasn’t left Lemmy completely untouched. As the Guardian reports in covering the release of Motörhead’s 22nd album, Bad Magic,  Lemmy has had to confront the idea he might be mortal after all since 2013. He’s had a defibrillator implanted to keep his heart from stopping, a tour-canceling hematoma, and earlier this year suffered a bout of gastric illness that torpedoed Motörhead’s date with the Monsters of Rock.

The pale, unsteady Lemmy, who spoke with the Guardian‘s Michael Hann, now walks with cane because, he told the paper, his legs “are fucked.” Conceding slightly to the ravages of time, Lemmy also said he’d decided to forego Jack and Coke for vodka and orange juice. This is also a concession, reports the Guardian, to the rocker’s diabetes.

To secure a little more time thrashing it out and keep his signature muscle car squealing out on gravel sound as fresh as possible, Lemmy also said he’d elected to drop his smoking habit down to a mere one pack a day.

It sounds like Lemmy’s feelings about these challenges are exactly what you’d  want to hear from one of the inventors of speed metal: “Apparently,” he told the Guardian, “I am still indestructible.”

Below: a cut from Bad Magic, “Electricity.”