Muhammad Ali’s Former Mistress is Trying To Cash In On His Death With a $100,000 Sex Tape

“Tiger Woods and Arnold Schwarzenegger didn’t have nothing on Muhammad Ali.” 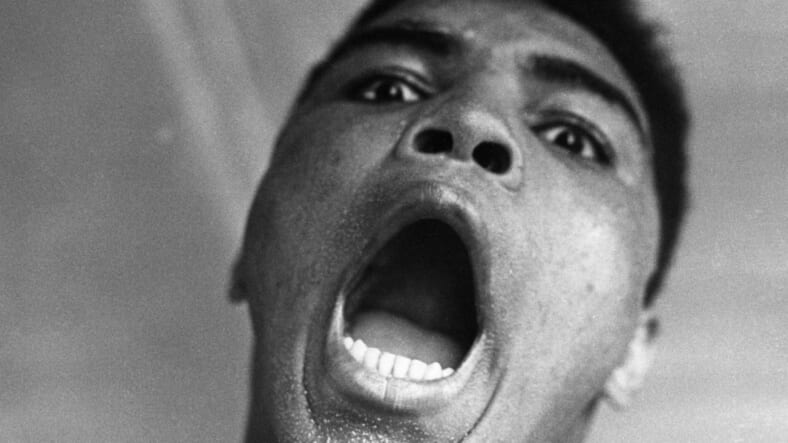 Maybe Muhammad Ali won’t rest in peace after all.

The champ passed away on June 3rd at age 74, but while the world mourns his loss, at least one former mistress is trying to cash in on the boxing icon’s death.

70-year-old Barbara Mensah, who says she had a 20 year relationship with Ali, tells London’s The Mirror that she’s in possession of a sex tape featuring The Greatest of All Time. Claiming she was entrusted with the tape by one of Ali’s closest confidantes, she’s now peddling the supposedly explicit footage for $100,000.

“No one has anything like this,” she told the Mirror. “I’d like to get as much as I can for it.”

According to Mensah, Ali had what she refers to as “gumbo parties” after fights, where the champ and his entourage would party with throngs of women. She claims the sex tape was recorded at one of those parties.

“Muhammad couldn’t keep away from a pretty girl whether he was married or not,” Mensah says. “The tapes show them having sex.”

Besides the rumored sex tape, Mensah has a 35-year-old daughter, Kiiursti Mensah Ali, whom she says Ali fathered. But a 1988 DNA test proved Ali wasn’t Kiiursti’s dad, effectively shutting the Mensah family out of the $50 million estate he left behind.

It’s probably not the last time one of Ali’s many mistresses and girlfriends will take a stab at trying to to make some quick cash off his name.

“They’re going to come out of the woodwork like roaches,” Ali’s second wife, Khalilah Camacho Ali, recently told BET. “I had to protect Ali from lots of paternity suits. Tiger Woods and Arnold Schwarzenegger didn’t have nothing on Muhammad Ali.”