The brutal crime tale will continue on after the death of coke kingpin Pablo Escobar. 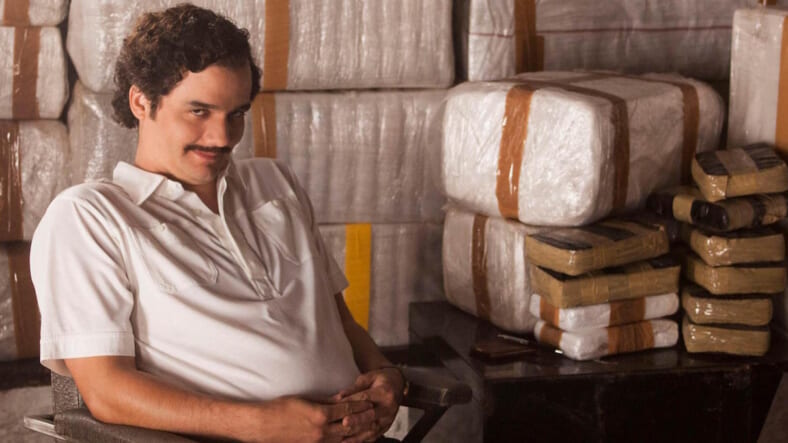 Just days after everyone finished binge-watching Season 2 of the massively popular Columbian drug cartel drama, Netflix has announced that it has renewed Narcos for a third and fourth season.

We already knew that Season 2 would mark the end of the show’s depiction of the infamously brutal cocaine kingpin Pablo Escobar, as actor Wagner Maura spoiled that for everyone back in July. Even though Escobar’s story is over, executive producer Eric Newman says that the show will go on.

“The show, since its inception, has never been about Pablo Escobar,” Newman told The Hollywood Reporter. “Narcos is about cocaine, and cocaine continues beyond Escobar.”

Narcos has charmed audiences with a multifaceted story line that has risen above the exhausted “crime boss rises and falls” genre, so we have faith in the showrunners’ ability to continue to produce quality entertainment.

While the end of Escobar’s reign was swift and violent, it doesn’t appear that the show will meet a similar fate.