‘Narcos’ Season 3 Trailer Has Drugs, Violence and And Some Totally Sweet Mustaches

There’s a new cartel in charge, and they mean business. 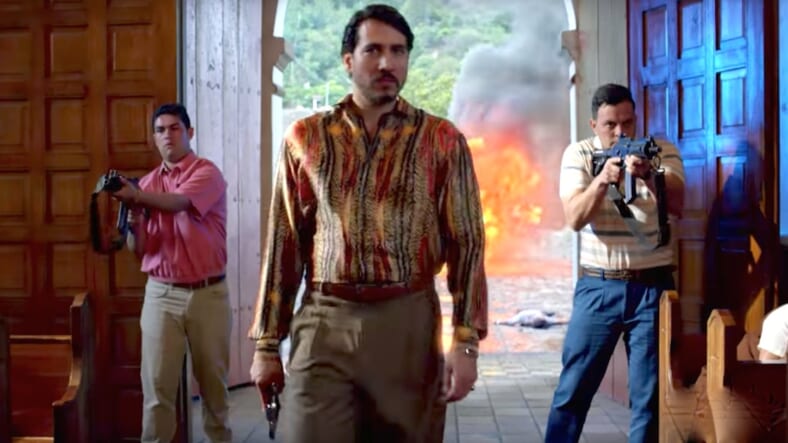 Season 3 of Netflix coke drama Narcos marks an inflection point for the series: Pablo Escobar was assassinated at the end of Season 2, and his empire lays in ruins.

“Led by four powerful godfathers, this cartel operates much differently than Escobar’s, preferring to bribe government officials and keep its violent actions out of the headlines,” Deadline writes of the merciless new antagonists.

Still, plenty of heads will roll.

Chilean-American actor Pedro Pascal is back as DEA agent Javier Peña, but his partner Steve Murphy, played by Boyd Holbrook, is nowhere to be seen.

Perhaps Murphy—unlike audiences—had enough of the Colombian crime business and its grisly dealings.

“We plan on stopping when cocaine stops. I think there’s a reason why we call this show Narcos and not Pablo Escobar. Its very much about the trade,” executive producer Eric Newman said in 2016.

“There are other drug dealers and there are alliances formed against Pablo so there are a multitude of stories we could tackle.”

Season 3 of Narcos will premiere on Netflix on September 1.