“If we don’t receive it, we will close their little show.” 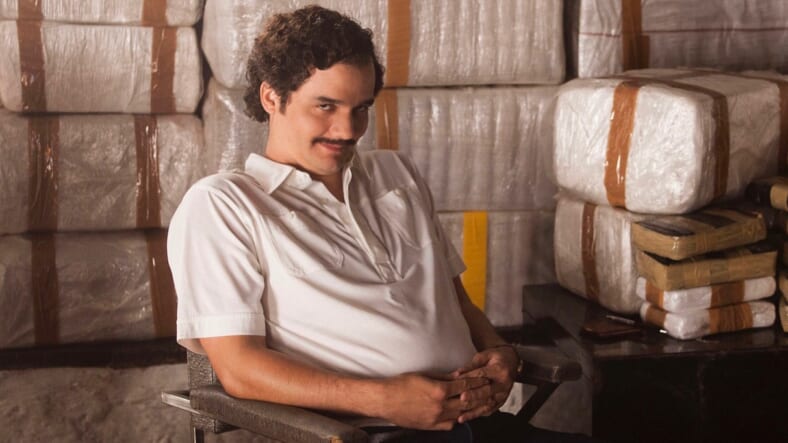 After one of the location scouts for cocaine cartel drama Narcos was shot dead in Mexico, threats against the popular Netflix series continue to mount.

Pablo Escobar’s older brother Robert De Jesus Escobar Gaviria, who was right by his brother’s side at the height of his drug lord reign, told The Hollywood Reporter he intends to sue Netflix for a mind-boggling $1 billion.

“I don’t want Netflix or any other film production company to film any movies in Medellin or Colombia that relates to me or my brother Pablo without authorization from Escobar Inc,” he said.

“It is very dangerous. Especially without our blessing. This is my country.”

He then proceeded to completely lay in on Netflix, even implicitly questioning the masculinity of its employees.

Netflix are scared. They sent us a long letter to threaten us. Right now, we are in discussions with them through our attorneys Browne George Ross LLP to obtain our $1 billion payment. If we don’t receive it, we will close their little show.

You see, we own all the trademarks to all of our names and also for the Narcos brand. I don’t play around with these people in Silicon Valley. They have their phones and nice products. But they don’t know life and would never dare to survive in the jungle of Medellin or Colombia. I have done that.

Their mothers should have left them in the womb. That is what we tell people like this if they come to Colombia.

The CEO of Escobar Inc., Olof Gustafsson, told THR that Netflix is be taking such threats seriously.

At first, they refused to acknowledge us. After we registered all the trademarks and we’ve been granted some of them, they sent us a cease-and-desist letter. After that our attorneys and their attorneys have come to an agreement that basically they need to pay us something. Now it’s a matter of determining how much that something is.At the end of the day, if we don’t take a deal, then we own the trademarks. They would have to rebrand their entire show. They know this. This is why they’re talking to us. Otherwise they would never entertain any discussions with a drug cartel family.

Season 3 of Narcos is available on Netflix…for now.