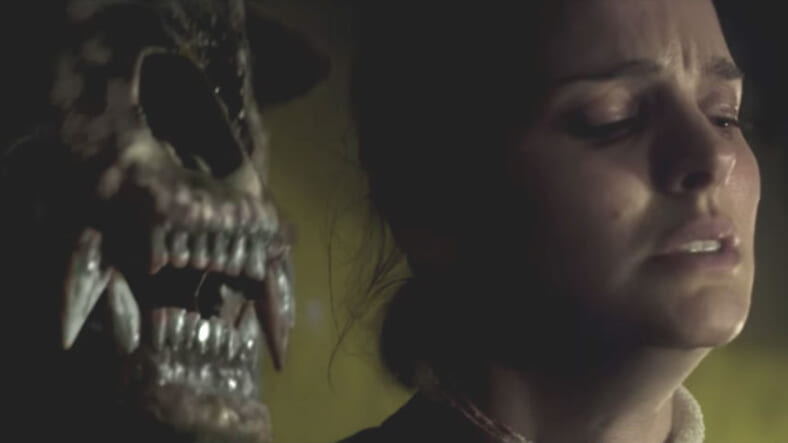 We already recognized that an early trailer for Annihilation was one of the best, most intriguing of 2017. With this latest preview of the eerie Natalie Portman thriller, filmmakers have topped themselves.

In this movie—based on Jeff VanderMeer’s weird horror novel of the same title—Portman and co-stars including Jennifer Jason Leigh and Gina Rodriguez are up against inexplicable, alien creatures right here on Earth.

Portman plays a biologist named Lena whose husband (Oscar Isaac) has vanished in an area blighted by some kind of bizarre environmental disaster. Naturally she volunteers for an all-woman expedition into the affected zone—a team that includes an anthropologist (Rodriguez), linguist, and psychologist.

Once they’re there, it’s clear they find themselves up against terrifying, inexplicable conditions.

The movie was directed by Alex Garland, who has shown a knack for helming profound and mind-bending sci-fi and horror with Ex Machina, starring a strangely beautiful and dangerous android played by Alicia Vikander.

Annihilation is due in theaters—and maybe a nightmare or two—on Feb. 23, 2018.