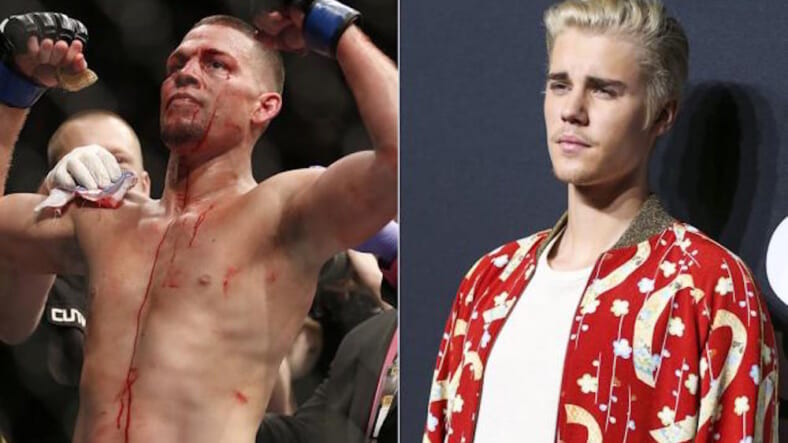 After underdog Diaz shocked the world by choking out Irish superstar Conor McGregor with a thrilling second-round submission at UFC 196, Biebs posted an Instagram photo of McGregor with the caption “Still the champ.”

The MMA-loving pop prince also shared a video of himself toasting McGregor with what appeared to be Irish whiskey, and unwisely threw a jab at the Stockton, California-based Diaz.

“Conor is a true champion, fights with style and finesse, all the respect to Nate but his style is terrible. Nate has crazy heart respect,” Bieber wrote.

That’s when Diaz answered with his own Insta that had all the subtlety of an Octagon ground-and-pound.

While Bieber is famously friends with Floyd Mayweather — who has exchanged public barbs with the cocky McGregor in the past  — the retired boxing king hasn’t risen to his pop star’s pal defense just yet.

In any event, Bieber might want to beef up his bodyguard detail until this all blows over.