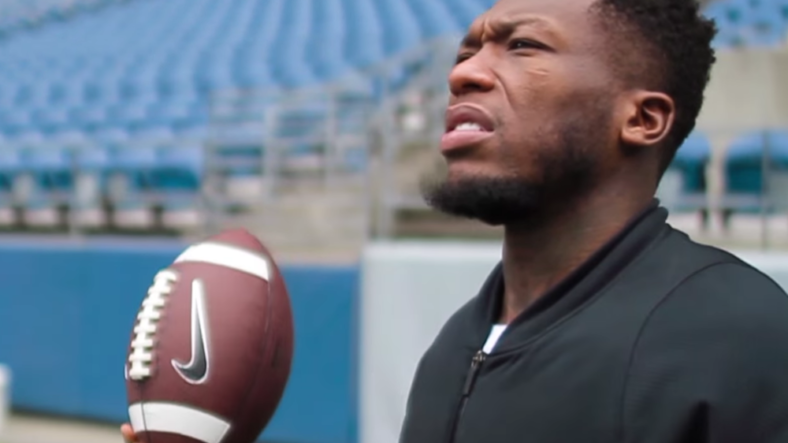 Nate Robinson, the NBA’s resident representative of the Lollipop Guild, was waived by the Pelicans last October after appearing in only two games. Now, with the NBA season winding down, the 5’9” point guard has announced his intentions to move on from the game that made him rich and take a crack at one that could get him killed. The three-time drunk contest winner is going out for the NFL.

The 31-year-old revealed his plans in a video posted this week by The Lead Sports. And even though he’s tiny, old, slower than he used to be and not good enough at his chosen sport to remain on the roster of one of the league’s bottom feeders, Robinson’s not lacking in confidence. “If somebody gave me a real opportunity, I know I can play,” he says in the video.

Robinson called upon fiends including former NBA teammates Jamal Crawford and Glenn Davis to bolster his case. He also dug through is Rolodex (that’s how old this man is!) to track down a couple people who saw what he could do on the field in college.

Former UCLA and current Jags tight end Mercedes Lewis remembers Robinson as a game changer and Rick Neuheisel, Robinson’s coach at the University of Washington, says, “In my mind, I’ve seen one athlete that could do this and that’s Nate Robinson.”

If Robinson does somehow make it to the NFL, he’ll have to overcome crazy long odds. In addition to his age—31 is like 91 in NFL years—there’s the inconvenient fact that he hasn’t played a football game in 12 years.

If he makes into a team’s training camp this summer he’ll be competing with guys who were in Underoos the last time Robinson was in shoulder pads. But it’s not like the guy hasn’t overcome long odds before. Not many men who still shop in the boys section can claim a 10-year NBA career.