You — yes, you — now have the chance to have dinner with the group. 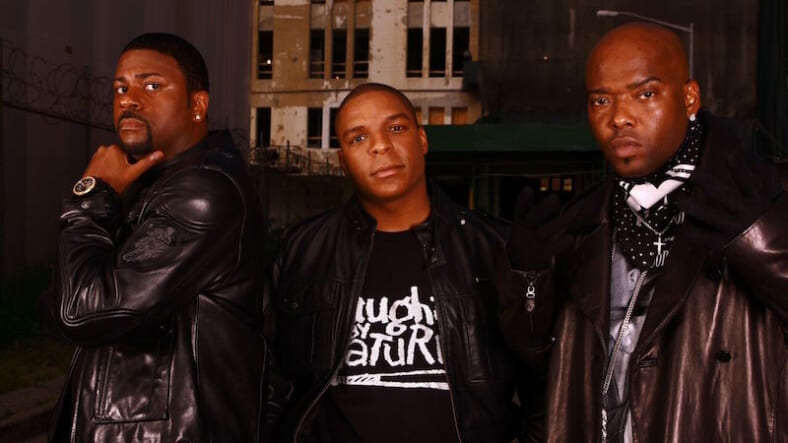 New Jersey’s most famous rap group, Naughty By Nature, are launching a Kickstarter today to help pay for their next album, which will be their first since 2011’s Anthem Inc. As with any other Kickstarter campaign, the band will be offering up special rewards for each pledge, including signed memorabilia, dinner with Treach, Vin Rock and Kay Gee, and an on-stage appearance with the band during select dates of their tour. You can eyeball the rest of the details in full here.

“This Kickstarter is for our fans all over the world. The music industry is now fan driven and I’m really excited to work hand & hand with the fan,” Kay Gee told Maxim.

Watch the band’s latest video for “God Is Us” featuring Queen Latifah and then throw them some cash so we can continue getting great music from these guys.