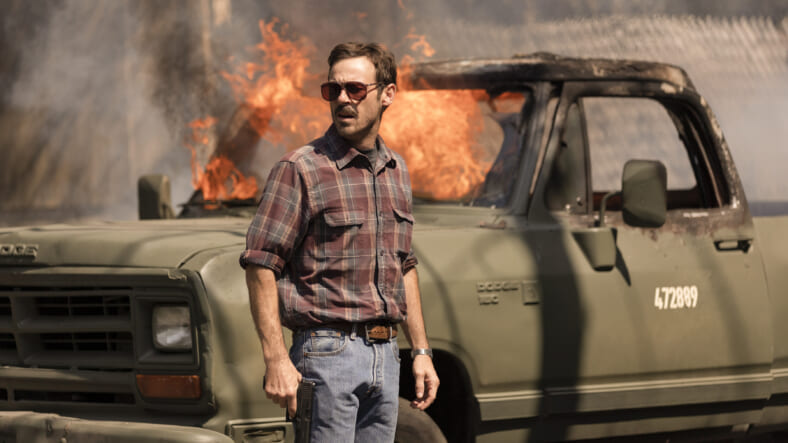 Netflix has shared a new teaser trailer for Season 3 of the eminently bingeable Narcos: Mexico that’s sure to fire up fans of the popular drug war drama series.

Teased with the druggy double entendre of the “Final Blow”, the brief teaser clip features glimpses of the returning cast, a flaming landscape, and guest-starring pop star Bad Bunny.

Season 2 was set in the 1980s, so naturally, Season 3 takes place in the 1990s. Here’s an official plot preview from Netflix:

Set in the 90s, when the globalization of the drug business ignites, Season 3 examines the war that breaks out after Felix’s arrest.

But in this war, truth is the first casualty – and every arrest, murder and take-done only pushes real victory further away…

The teaser also reveals that Narcos: Mexico Season 3 starts streaming on Netflix November 5. Check it out above.