The next season tells the story of how the drug trade exploded worldwide in the 1990s. 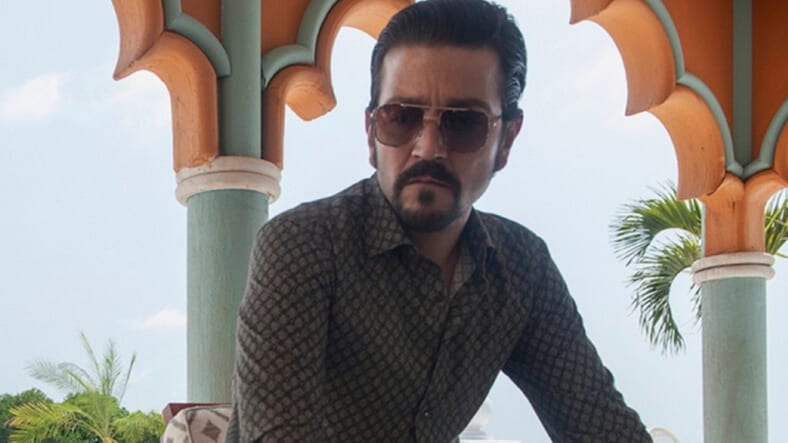 At the end of the second season, Luna’s character was heading to prison for all his drug crimes, signaling the possibility he wouldn’t come back. And he’s already attached to another series, according to Deadline, playing a character in the new Disney+ Star Wars tale, Rogue One.

Per Deadline, here’s the lowdown on the upcoming season:

Set in the 90s, when the globalization of the drug business ignites, Season 3 examines the war that breaks out after Felix’s empire splinters. As newly independent cartels struggle to survive political upheaval and escalating violence, a new generation of Mexican kingpins emerge. But in this war, truth is the first casualty – and every arrest, murder and take-down only pushes real victory further away.Cast members Scoot McNairy, José Maria Yazpik, Alberto Ammann, Alfonso Dosal, Mayra Hermosillo, Matt Letscher, Manuel Masalva, Alejandro Edda and Gorka Lasaosa will all return for the third season.

You can catch up with Narcos: Mexico season 2 on Netflix right now.