“This dude wants to win everything.” 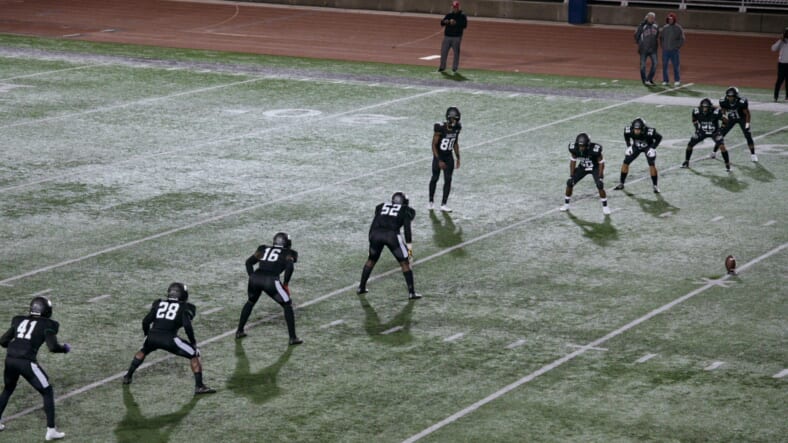 Emmy-nominated Last Chance U is returning to Netflix with a raw look inside the standout junior college football team at Laney College in Oakland, California. The trailer above gives you a pretty good taste of just how deeply the series digs into the lives of its subjects. It’s the fifth season of the popular college football docuseries, and the first time it has focused on a West Coast team.

The Laney Eagles were California state champs then national champs in 2018 and the series joins them as they begin coping with the burden of proving that winning year wasn’t a fluke.

Episodes take a look at the home lives of players, including one who drives two hours one way just to go to class and practice. The series is also a kind of profile of the team’s veteran coach, John Beam. This is his eighth season and he’s built the program from nothing. As one voiceover says, “This dude wants to win everything.”

Season 5 reveals how intense life can be for the young players as they cope with emotional crises, with their own inner demons and with the injuries that inevitably come with football at every level of the game.

Last Chance U: Laney is eight episodes and begins streaming on Netflix July 28.