From Margot Robbie’s “Birds of Prey” to Matthew McConaughey’s “The Gentleman”, these 2020 movies will stream much earlier than planned. 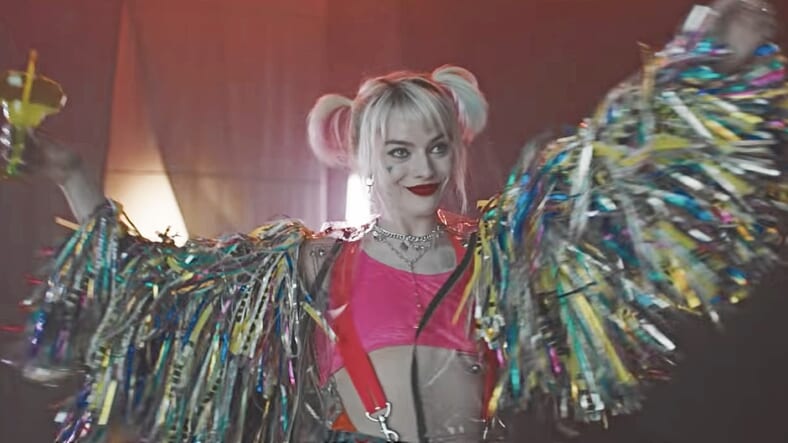 It can feel a little silly to try and find positives when it seems like the whole world is in quarantine, hiding from the deadly new Coronavirus. But there are a few to be found, thanks to the need most movie studios have to make sure their movies are seen.

Because theaters pretty much everywhere are closed, movies we might normally have had to wait for months to watch on the small screen in our living rooms are being pushed to air much sooner than expected. We’ve listed ten of the biggest hits you’ll be able to watch immediately—or at least very soon—while on lockdown.

Margot Robbie gets her own Harley Quinn feature and proves why she was a breakout character in the otherwise blah Suicide Squad. Watch on digital beginning March 24.

Matthew McConaughey stars in Guy Ritchie’s latest gangster dramedy, about an American drug kingpin based in the U.K. who is trying to get out of the business. Released to digital on March 24.

Elisabeth Moss (The Handmaid’s Tale, Mad Men) stars in a take on the classic horror story with a plausible, modern techno twist. Available on digital as of March 20.

Ben Affleck, who has been remarkably open about his own struggles with addiction, stars as an alcoholic construction worker who gets an unexpected chance at redemption by coaching a high school basketball team. It’s available via On Demand March 24.

GLOW‘s Betty Gilpin is the breakout star in this controversial thriller about a group of wealthy “elites” hunting humans. Featuring a surprisingly effective Hilary Swank as the villainous woman at the center of it all. This was released and available On Demand March 20.

Based on its dismal Rotten Tomatoes rating, this admittedly looks like the very rare Robert Downey Jr. stinker, but hey, a lot of people are stuck at home with the kids, too, and there are snarky digital talking animals. Watch on digital March 24.

Also nominally for the kids, Sonic the Hedgehog ended up being a pretty entertaining movie after all, especially considering how badly panned early trailers were for Sonic’s weird, slightly terrifying teeth (fixed in the final print). It’s available to stream on March 30.

Michael B. Jordan and Jamie Foxx star in a legal drama based on a true story, about a young attorney trying to prevent the execution of an innocent man. Available on digital as of March 24.

Tom Holland and Chris Pratt are featured as the voices of a pair of elf brothers attempting to resurrect their father from the dead. It’s apparently less grim than it sounds. Onward was out on March 20 and will begin streaming on Disney+ on April 3.