This will blow you away. 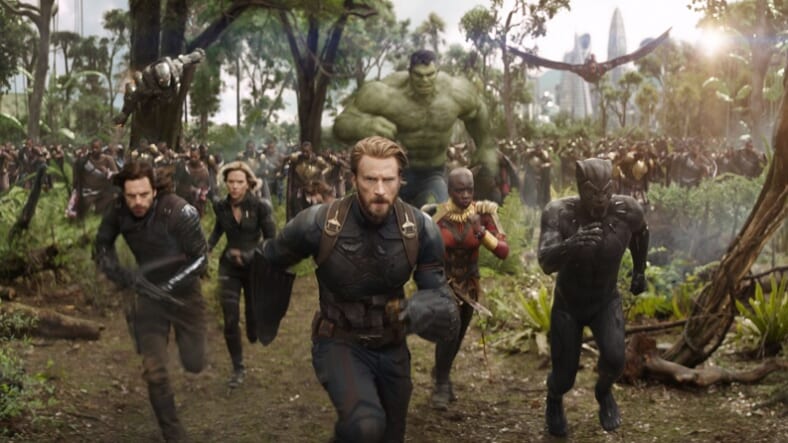 Damn, this is good. Movie trailers are a dime a dozen; amateurs can sometimes make better previews than studios. While the Avenger movies have always turned out action-packed 2-3 minute promos that prime fans for the movies’ premieres, the final Avengers: Infinity War trailer is on another level.

It went up Friday on Marvel’s Youtube account, and from the beginning it’s clear Marvel wants to grab you by the throat. This is Marvel on steroids, just as Thanos is like a malevolent, brilliant purple alien Hulk on steroids.

As USA Today reports, Infinity War is the most-anticipated movie of the year, even ahead of mega-hit Black Panther and Jurassic World: Fallen Kingdom—which is probably great for Chris Pratt, as he’s in two of those three.

We see Pratt’s Star Lord in a particularly funny clip in the trailer when he’s trying to convince Iron Man and Spider-Man he’s the ideal guy to implement some kind of plan.

As intense as the final trailer is, there are some great, classic Marvel moments as well, like a brief exchange between Peter Parker (Tom Holland) and Benedict Cumberbatch as Doctor Strange in which Parker assumes Strange is using a superhero nickname—and of course, Strange uses his real name.

Via ComicBook.com, here’s a brief synopsis:

As the Avengers and their allies have continued to protect the world from threats too large for any one hero to handle, a new danger has emerged from the cosmic shadows: Thanos. A despot of intergalactic infamy, his goal is to collect all six Infinity Stones, artifacts of unimaginable power, and use them to inflict his twisted will on all of reality. Everything the Avengers have fought for has led up to this moment – the fate of Earth and existence itself has never been more uncertain.

The final trailer tells us that there is much more going on than the above.

Avengers: Infinity War hits theaters like a hurricane on April 27. You can buy presale tickets today.