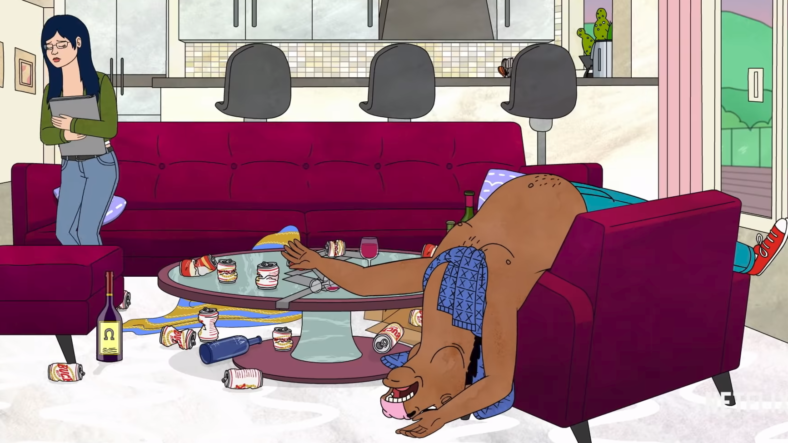 Old habits die hard in the new trailer for the fifth season of Netflix’s BoJack Horseman.

The acclaimed dark comedy’s hopelessly miserable cartoon horse has landed his latest acting gig as the star of a detective show titled Philbert.

Unfortunately, BoJack is also (still) an alcoholic who thinks he’s “too smart” for therapy, which is probably why he ends up passed out on his living room coffee table at any given hour multiple times throughout the 90-second trailer.

His self-loathing behavior is the only consistent theme offered in the preview. Lines from two characters employ the show’s trademark meta humor emphasize its twisted plot.

“I think I can handle exactly this amount of complication,” cartoon human Todd adds, “as long as things don’t become one bit more complicated.”

Find out what the hell is going on when the new season of BoJack Horseman drops September 14 on Netflix.