The “True Detective” Season 1 mastermind is taking 007 to the next level. 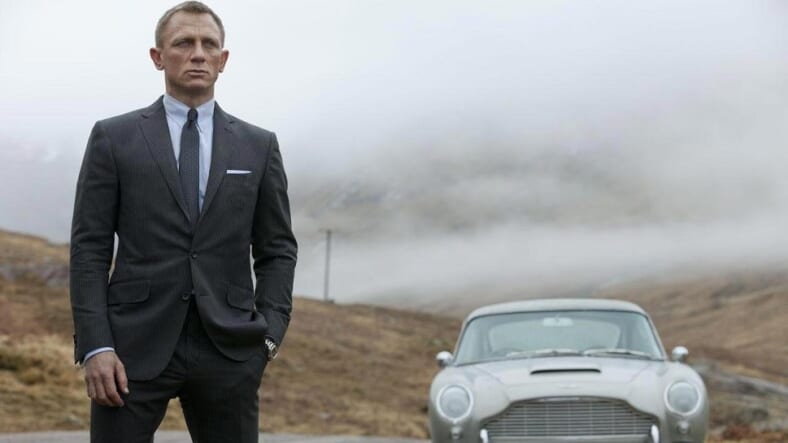 Looks like James Bond‘s signature Aston-Martin won’t be idling in the garage for much longer.

Following news that director Danny Boyle lost the gig over “creative differences,” it’s been announced that True Detective season one auteur Cary Fukunaga has stepped in to helm the 25th Bond movie.

Producers Barbara Broccoli, Michael G. Wilson, and star Daniel Craig announced on Twitter that they had tapped Fukunaga, who also wrote the hit adaptation of Stephen King’s It, to direct Bond 25.

Michael G. Wilson, Barbara Broccoli and Daniel Craig announced today that #Bond25 will begin filming at Pinewood Studios on 4 March 2019 under the helm of director, Cary Joji Fukunaga with a worldwide release date of 14 February 2020. (1/2) pic.twitter.com/Oyzt826sXd

Production on the movie begins on March 4, 2019, at the U.K.’s iconic Pinewood Studios, which has hosted many classic Bond flicks, and it’s slated for a February 2020 release.

Despite famously agonizing about reprising his role as the martini-swilling super spy, Craig will in fact return for a fifth outing. He began his 007 tour of duty with 2006’s Casino Royale, and was widely praised as a major upgrade over Pierce Brosnan’s considerably less menacing Bond.

But still, after 14 years as 007, even playing the world’s most beloved imaginary secret agent could wear a guy down. (Though the insanely huge paychecks can’t hurt.)

Meanwhile, Fukunaga may not be a household name, but he’s long been seen as a virtuoso filmmaker. Aside from directing the gritty Idris Elba drama Beasts of No Nation, Fukunaga is best known for absolutely crushing the first season of HBO’s True Detective, which has never really reached the dizzying heights of the original season with Matthew McConaughey and Woody Harrelson (not to mention that legendary Alexandra Daddario topless scene.)

In case you missed it, here’s one of Fukunaga’s most talked-about scenes from the series:

So are you looking forward to Bond 25 or what?