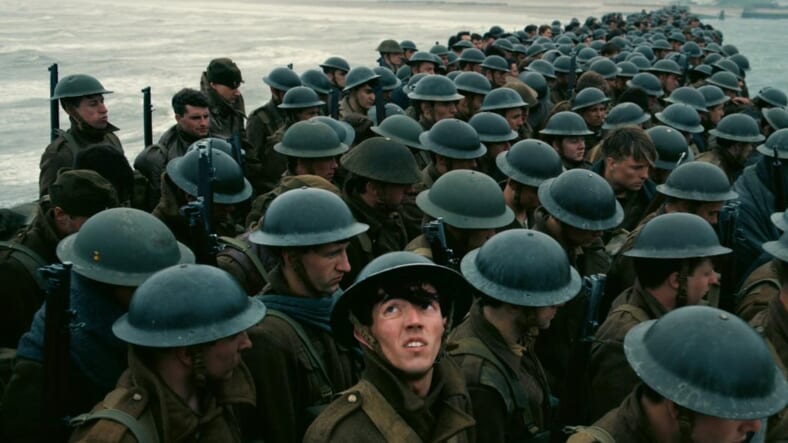 In it we see droves of British troops clutching their dough boy helmets and hitting the deck in an effort to avoid the incoming barrage of bullets and bombs raining down from enemy aircraft over head.

Contrasting scenes show British civilians bravely setting sail for the beaches of Dunkirk, France to aid in rescuing the 400,000 allied soldiers trapped between the English channel and a wall of German infantry.

Based on the historical evacuation of the same name, the film’s impressive cast includes Cillian Murphy (Peaky Blinders) and the brilliant Tom Hardy as well as Kenneth Branagh, Mark Rylance and Fionn Whitehead—with a cameo from singer Harry Styles.

Be prepared for war when Dunkirk drops into theaters July 21.