“They don’t come back the same.” 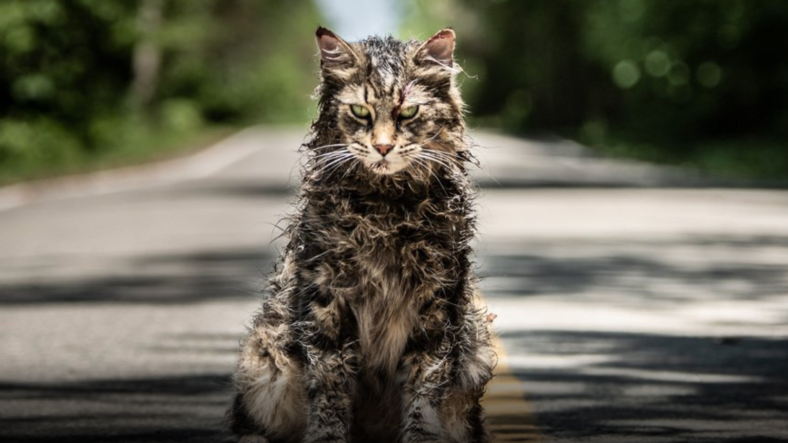 Church, the cat in Pet Sematary, is not a fuzzy little purring friend ripe for Instagram likes. He’s back from the dead, pissed, and it shows. He’s also the least terrifying of several terrifying things in this new spot, released Thursday morning by Paramount Pictures.

Pet Sematary is based on Stephen King‘s classic novel of the same title. He claims that he nearly shelved that book because his family thought it was, well, too much.

If this trailer is any indication, it looks like the filmmakers have definitely doubled down on that too muchness, because this promises one intensely creepy, dark thrill ride.

#PetSematary follows Dr. Louis Creed (Jason Clarke), who, after relocating with his wife Rachel (Amy Seimetz) and their two young children from Boston to rural Maine, discovers a mysterious burial ground hidden deep in the woods near the family’s new home. When tragedy strikes, Louis turns to his unusual neighbor, Jud Crandall (#JohnLithgow), setting off a perilous chain reaction that unleashes an unfathomable evil with horrific consequences.

What we learn in the trailer is that there’s been a script change that fans of the novel and 1989 movie (an amazing combination of cheesy and creepy in its own right) will notice immediately: This time it looks like it’s the Creeds’ daughter Ellie who buys it and gets reanimated—after, of course, the initial reanimation of Church the cat—and not their toddler son.

Undead kids are never not terrifying and the goosebumps spawned by watching this trailer back that up. As John Lithgow’s salty old Jud Crandall warns, “they don’t come back the same.” No kidding.

We’ll know for sure if dead is better when Pet Sematary is released on April 5, 2019.